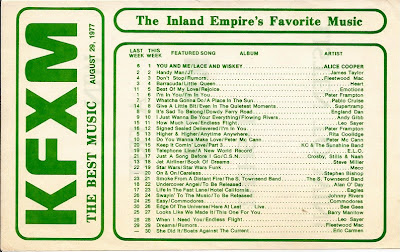 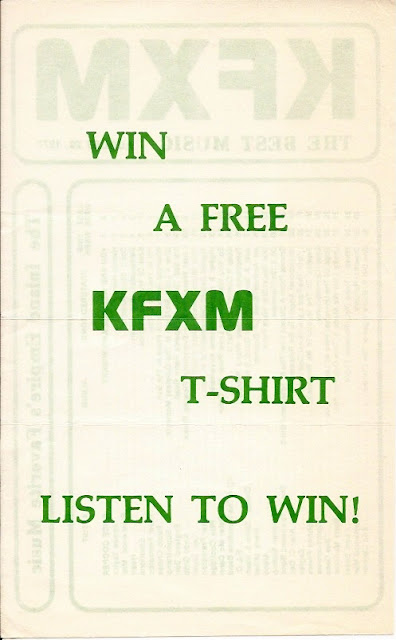 Sea Of Love-Phil Phillips #1
What'd I Say--Parts 1 & 2-Ray Charles #2
Did KFXM play both parts right after one another?
Velvet Waters-Megatrons
I've never heard this song 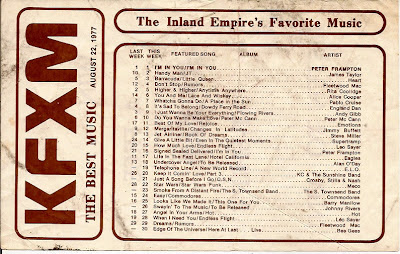 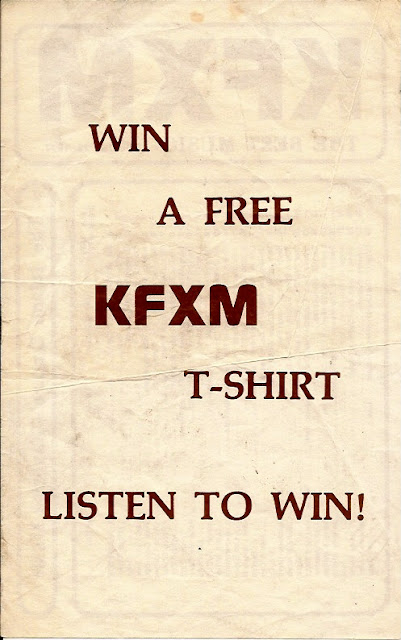 Thanks to Ray Keith, a color copy of this KFXM survey, which I only was able to post a black and white one before. 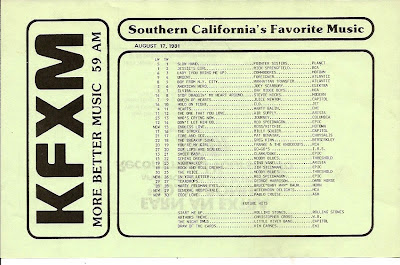 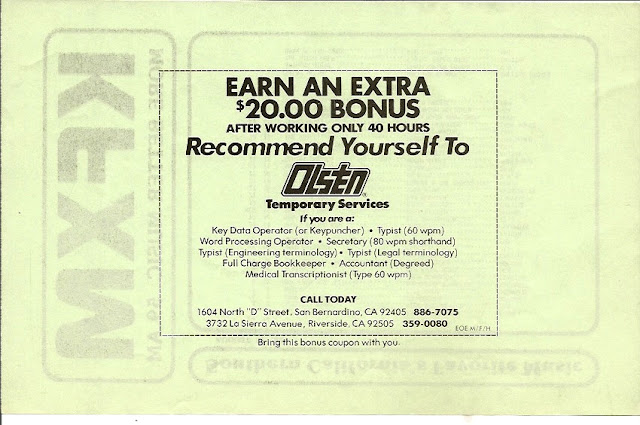 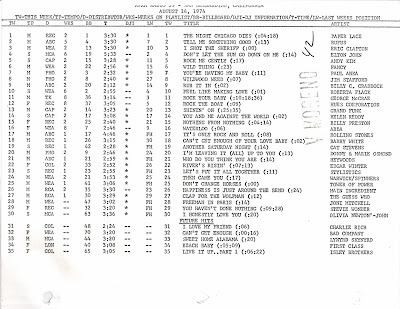 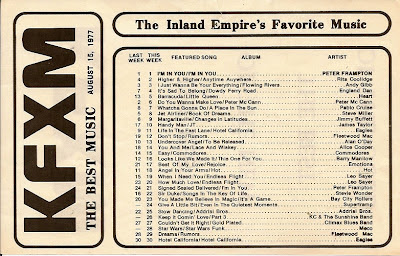 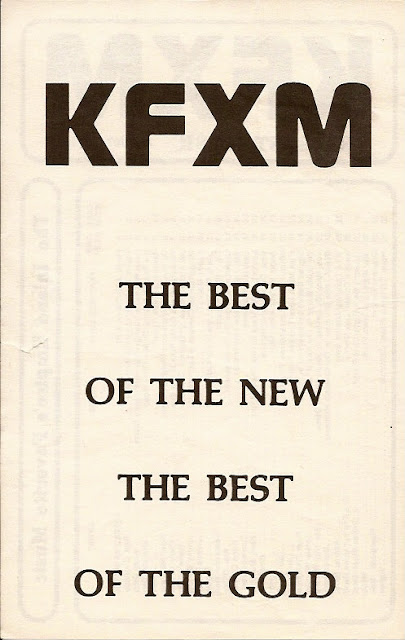 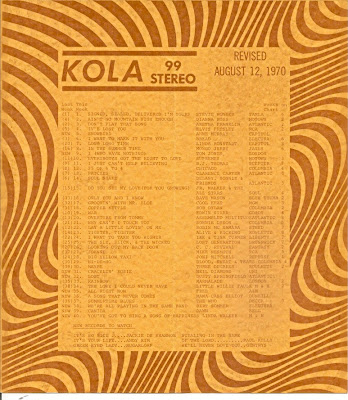 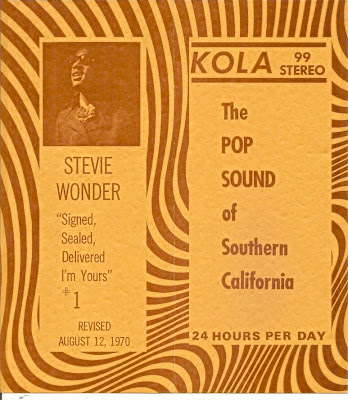 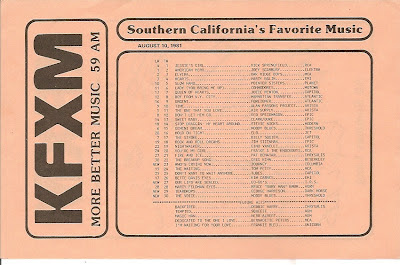 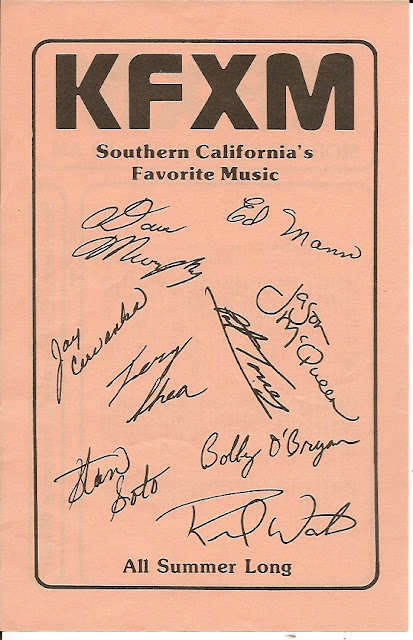 Yes, this is the August 8th survey
I'm In You-Peter Frampton #1
New in the top ten
It's Sad to Belong-England Dan and John Ford Cooley #7
Watcha Gonna Do-Pablo Cruise #8
Highest debut
You and Me-Alice Cooper #18 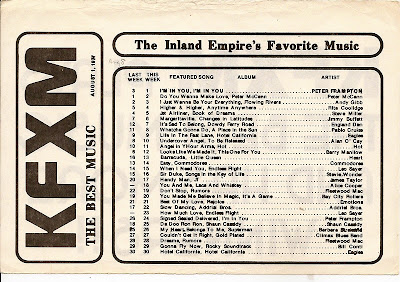 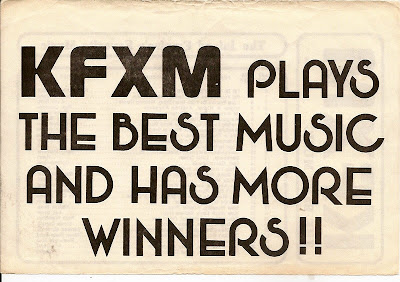 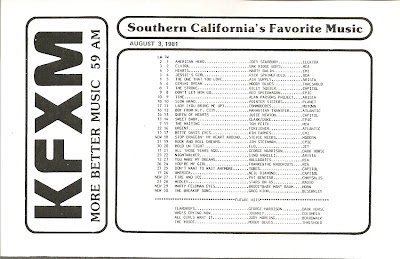 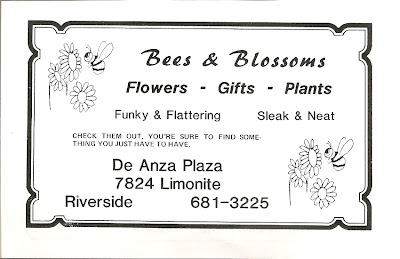 This is the next survey after July 24, 1974 even though dated August 7, 1974.   It looks like a survey was skipped. There won't be another one until 8/14.  Compare the last week's numbers on this survey and July 24th, and they match.  As a bonus the contol room copy, which shows the same numbers.

The Night Chicago Died-Paper Lace #1
New in the top ten
Feel Like Making Love-Roberta Flack #4
Tell Me Something Good-Rufus #7
Waterloo-ABBA #9
I Shot The Sheriff-Eric Clapton #10 (This shows last week at #40, but is actually the highest debut)
also debuting
Clap For The Wolfman-Guess Who #29 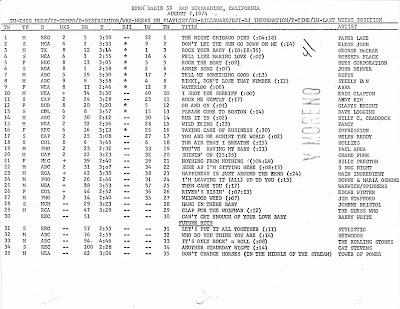 If you would like to read the control room survey, be sure to click on it to enlarge it.
Posted by KFXM Tiger Radio and K/MEN 129 in Doug's Stuff Room at 4:07 PM 1 comment:

Do You Wanna Make Love-Peter McCann #1
Nothing new in the top ten.
Nothing new on the survey at all. 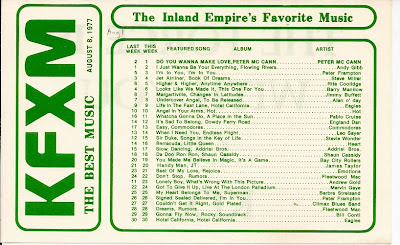 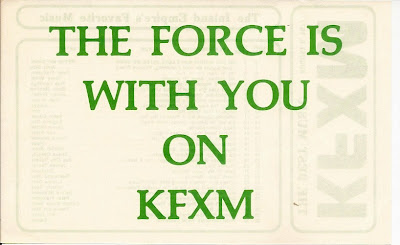