Someone mentioned their favorite song from this time of year.  School's Out-Alice Cooper.  It made its debut on KFXM June 23, 1972  as a Future Hit.  Got up to #4.  No KMEN surveys from middle of June until the end of September 1972, so I cannot tell you how it did on their survey.  I remember when this came out not too much hard rock being played.  This was more of a mellow 1972 with songs being played by Wayne Newton, Neil Diamond, America, Sammy Davis, Jr., David Cassidy and Donny Osmond and so on. 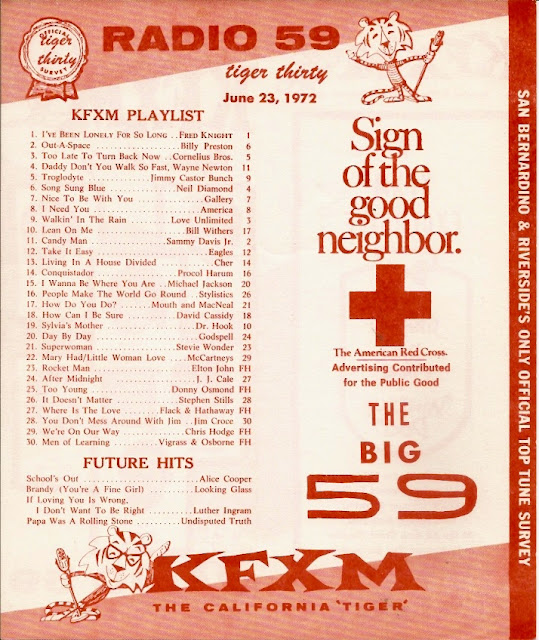 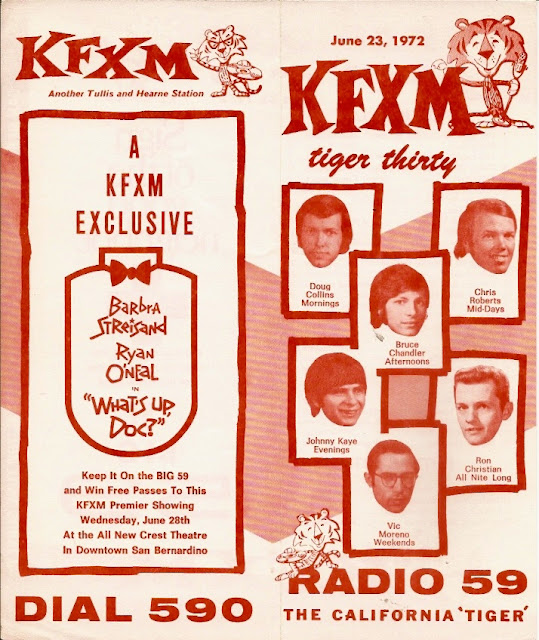 Dick Lyons in the KFXM studios around April 1967.   This might have been published in a Tiger Mag, but I have not seen it there. 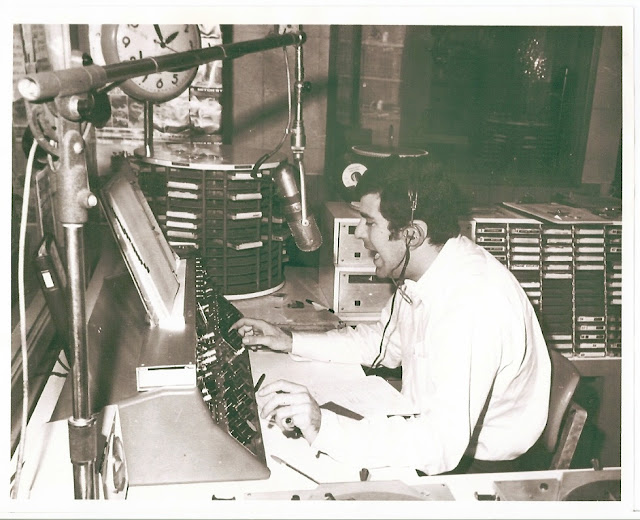 With thanks to Vic Moreno for the picture.
Posted by KFXM Tiger Radio and K/MEN 129 in Doug's Stuff Room at 5:50 PM 3 comments:

This Guy's In Love With You-Herb Alpert #1 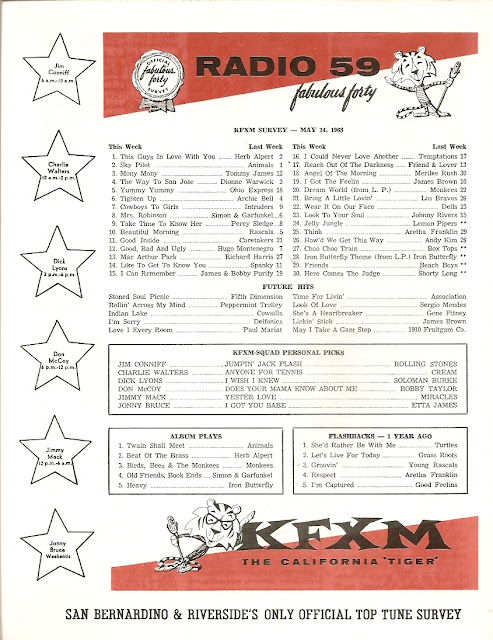 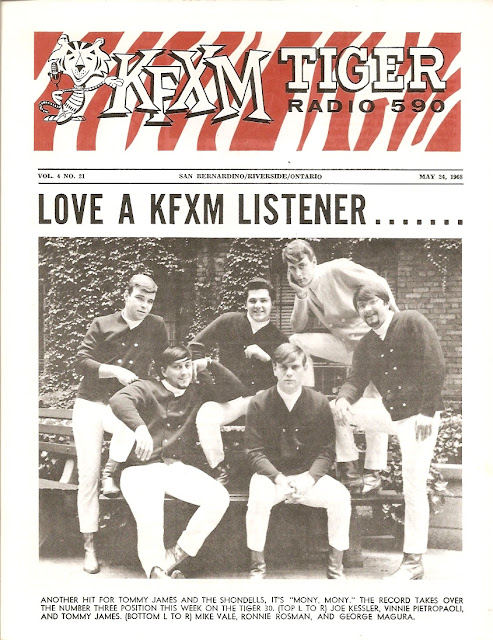 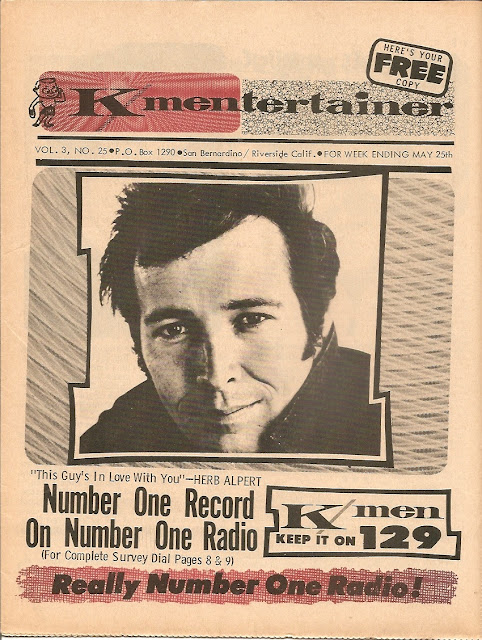 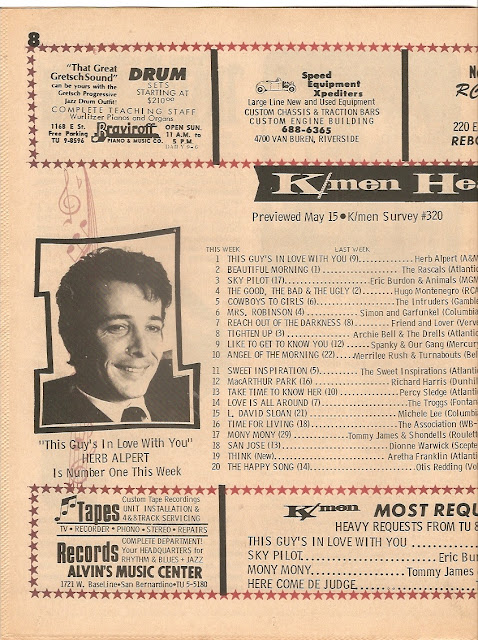 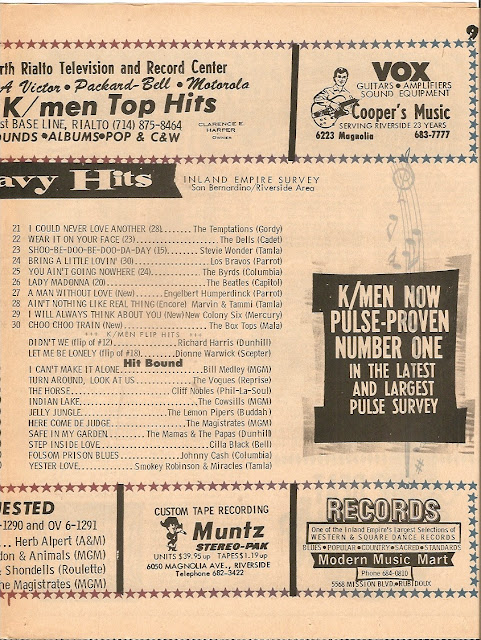 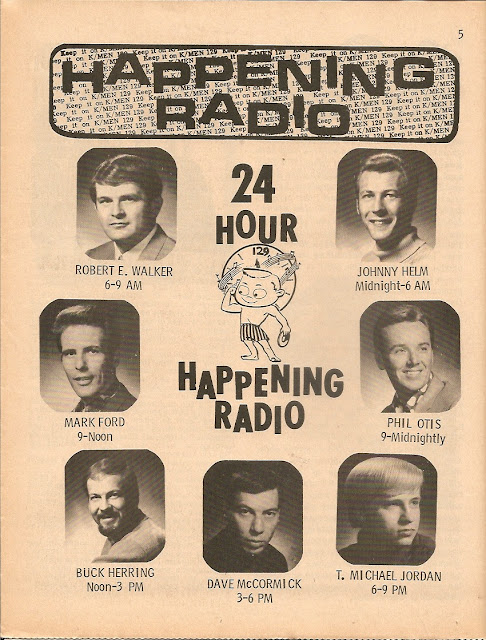 Before Al Anthony was at KFXM, he was at KAFY in Bakersfield.  For your comparison, here is the KAFY survey with Al's caricature, along with the KFXM survey of the same date.  Quite a difference in survey song positions from radio stations with the same owners, not that far away from each other. Notice that the pick hits of the week were the same.

ABC-Jackson 5 is shown as being #1 for the fourth week.  On KFXM it only got up to #2 and is now dropping. 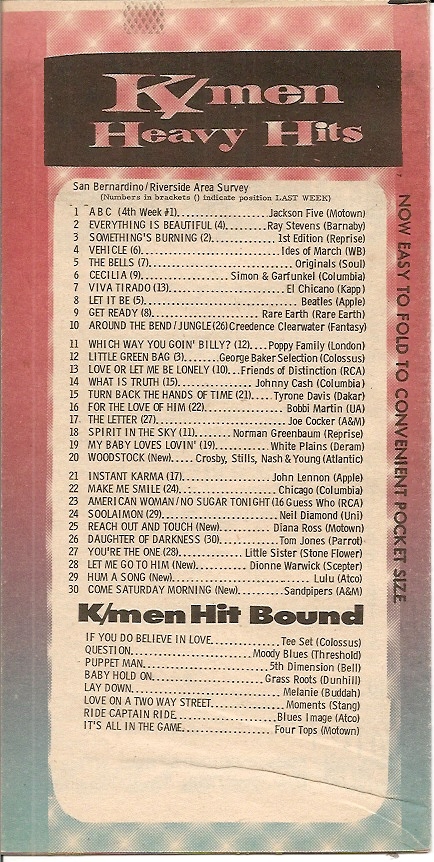 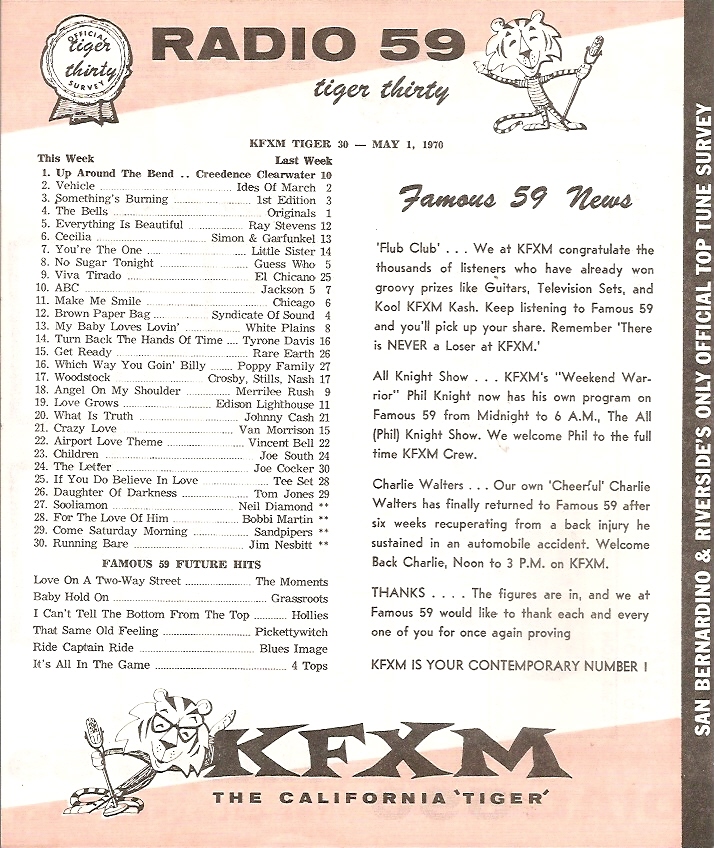