I had a request from Don McCoy and Danny Dare to see these pictures.  I posted them before, but I think people would like to see them again.  And thanks again to Vic Moreno, who originally sent these to me. 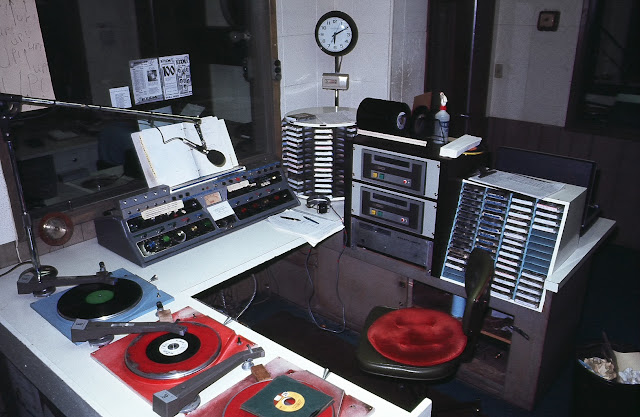 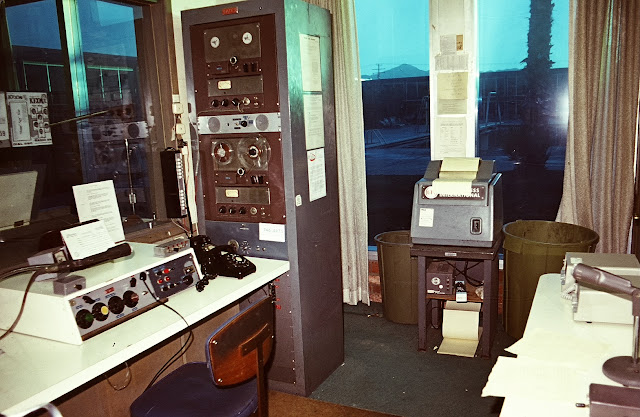 For those who are interested, the KFXM chart is so much different than the national music chart for March 1, 1969.   #1 nationally was Everyday People.  #2 Crimson & Cover-Tommy James/Shondells  which dropped off KFXM 2 weeks ago.  Also on the national top ten, Build Me Up Buttercup, Touch Me-Doors (#1 on KFXM a month and a half ago), and This Magic Moment.  Also You Showed Me-Turtles, Dizzy-Tommy Roe, Worst That Could Happen-Brooklyn Bridge, Baby Baby Don't Cry-Smokey & The Miracles on the national top ten.  These last four fell off the KFXM charts about a month ago.  They appeared to be ahead of the rest of the country at this time. 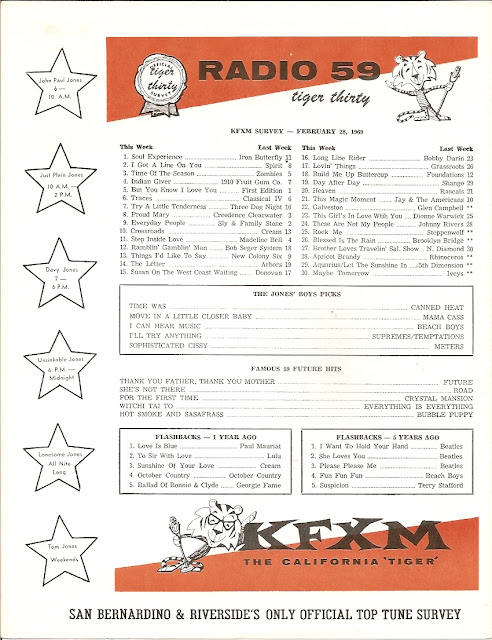 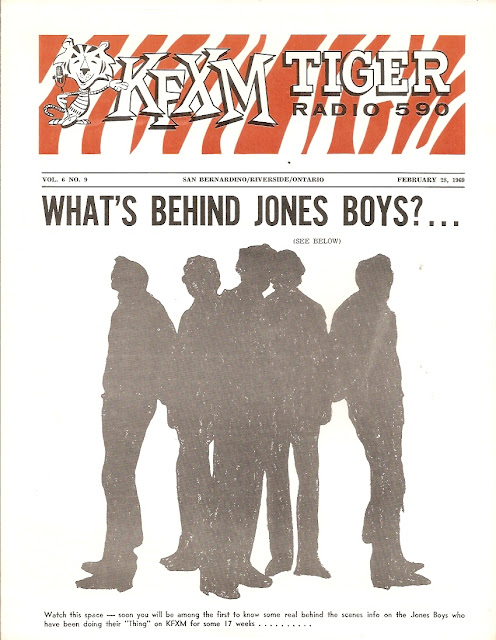 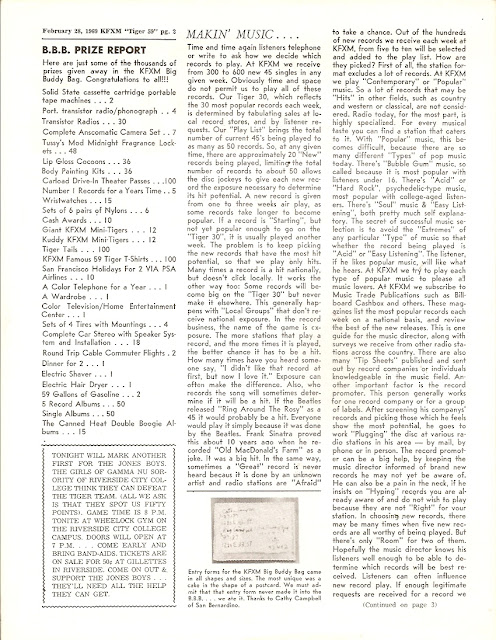 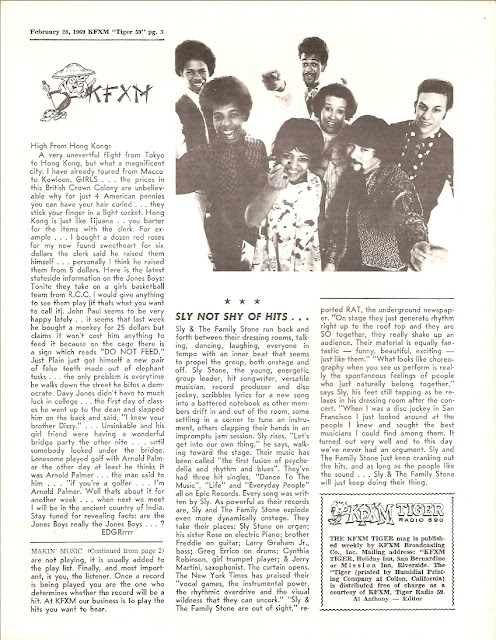 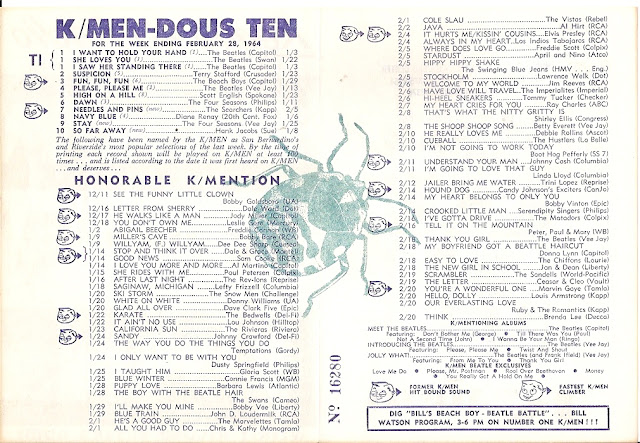 The K/men as The Beatles?!? 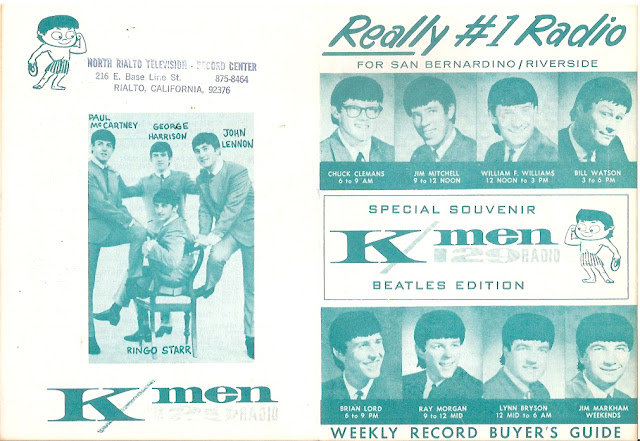 On KFXM there's a mention of a new DJ Paul Anthony (he replaced Jack Fleming).  This is the first week he is listed on the survey, and in four weeks, he's replaced by Rhett Walker.
Posted by KFXM Tiger Radio and K/MEN 129 in Doug's Stuff Room at 11:28 AM 4 comments: 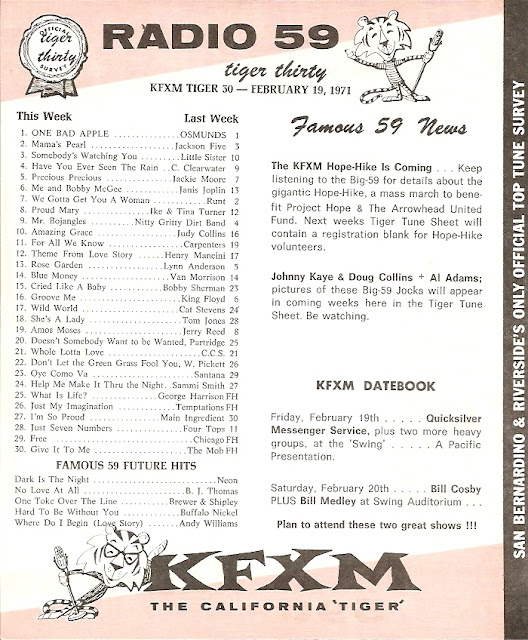 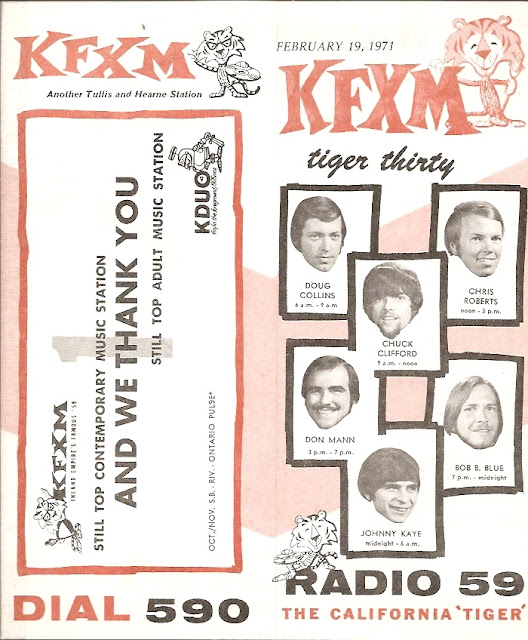 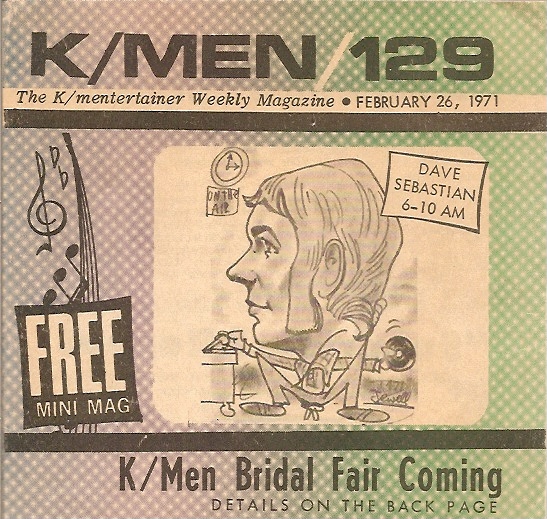 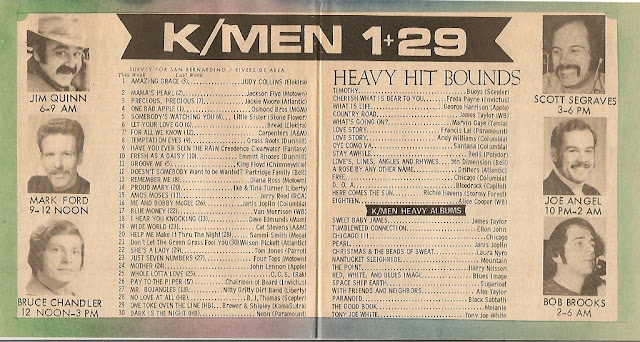 KFXM 30 years ago
No KMEN surveys in 1983, not even a KOLA survey.
In 1983 the KFXM survey was back to a Top 40 +
Some of the djs on KFXM at this time were Craig Powers, Jeff Kelly, Dave Murphy and Lisa Dillon.
Can anyone tell me any other DJs on KFXM in 1983? 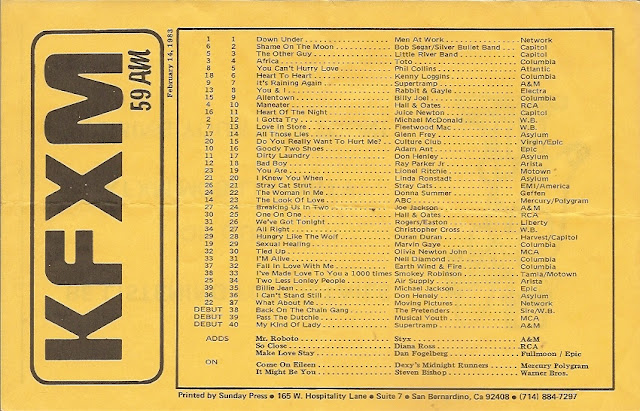 35 years ago Stayinn' Alive-Bee Gees was #1 on KFXM, but there were no K/MEN surveys.  None since 1973.   But below I have the KOLA survey with the same #1 song.  But besides that, the songs are quite different from one survey to the other. 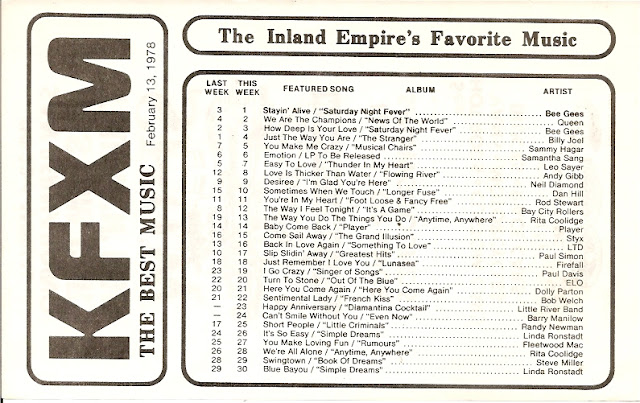 The flip side of both surveys had the same ad. 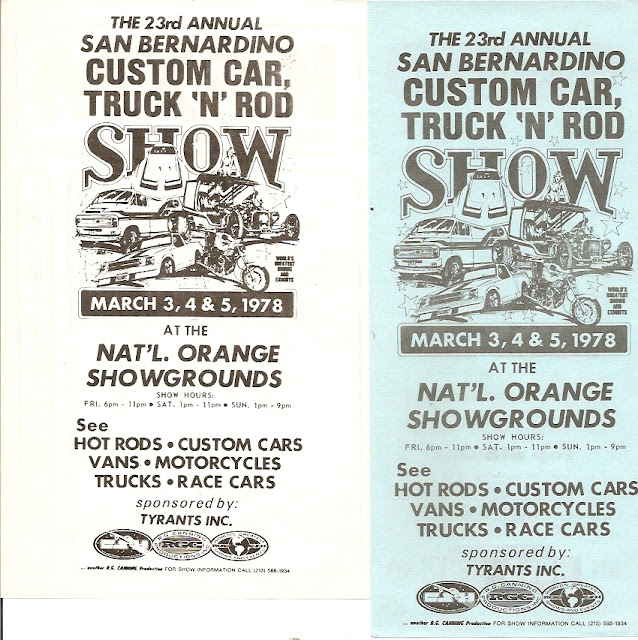 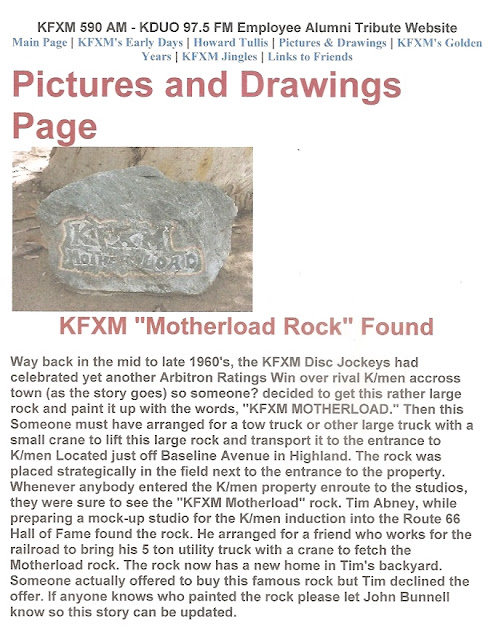 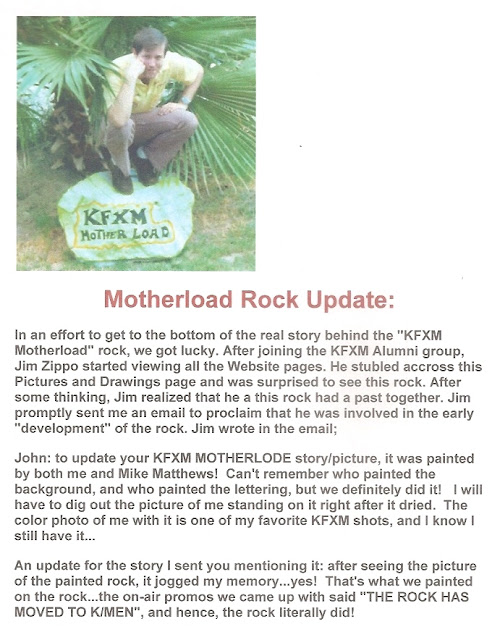 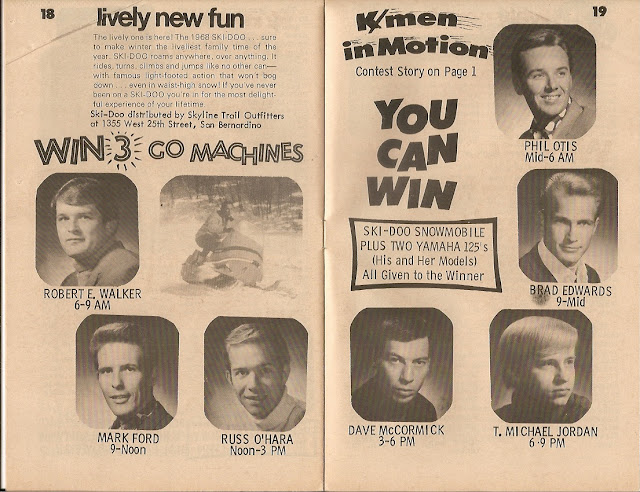 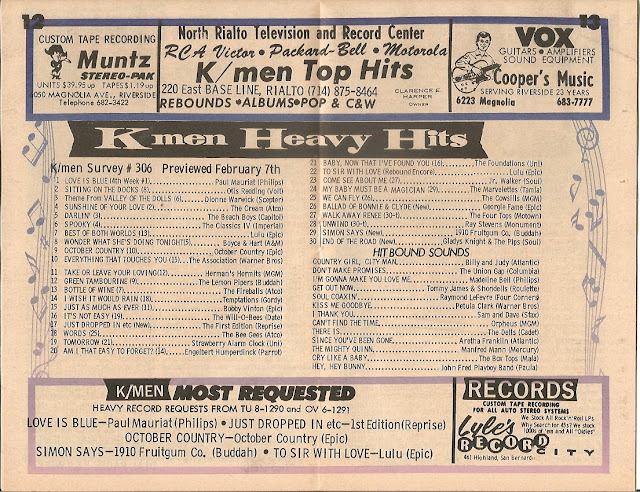 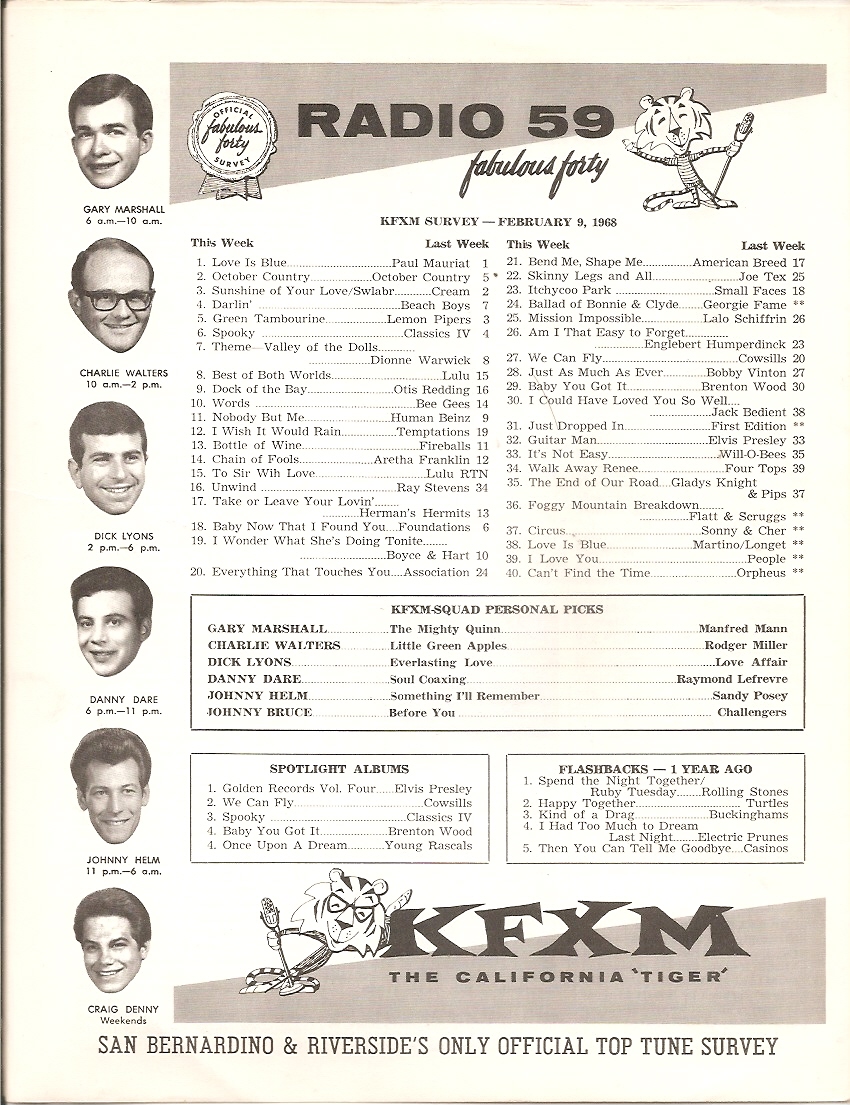 From the missing TigerRadio website Jim Zippo
This is the last KFXM Biography that I have, unless some KFXM DJ that has not been included wants to submit his biography to me.   Also any and all KMEN biographies are welcome.
Remember this is from the the now missing in action KFXM website and I did not write this. 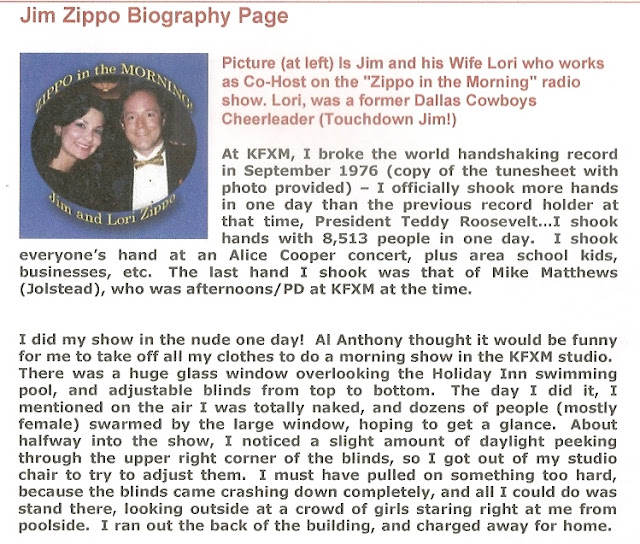 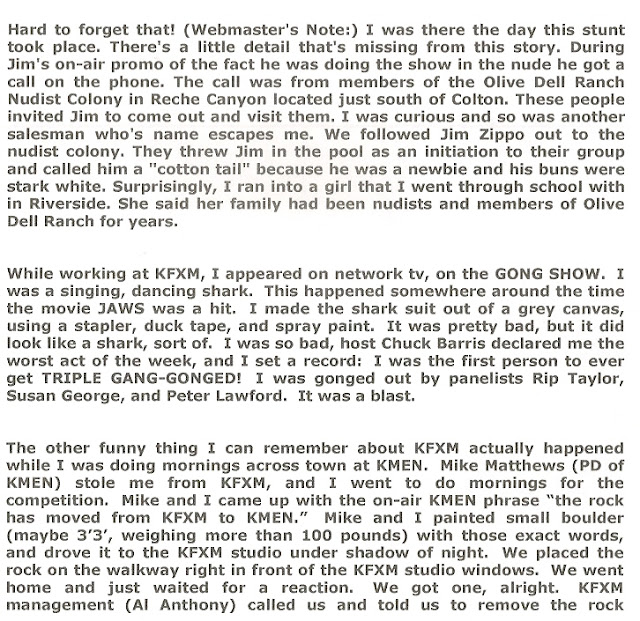 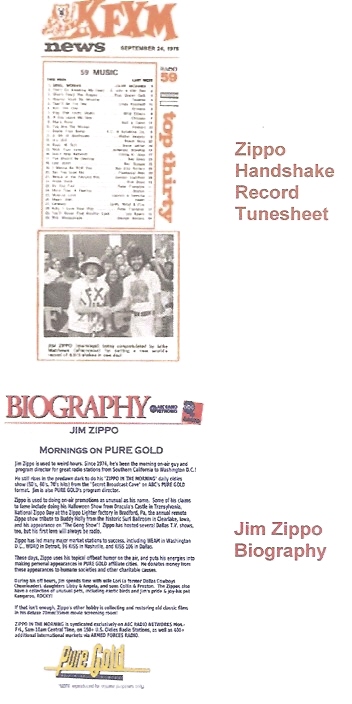 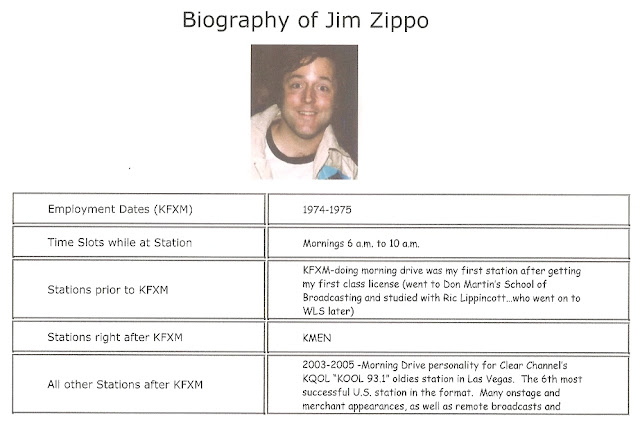 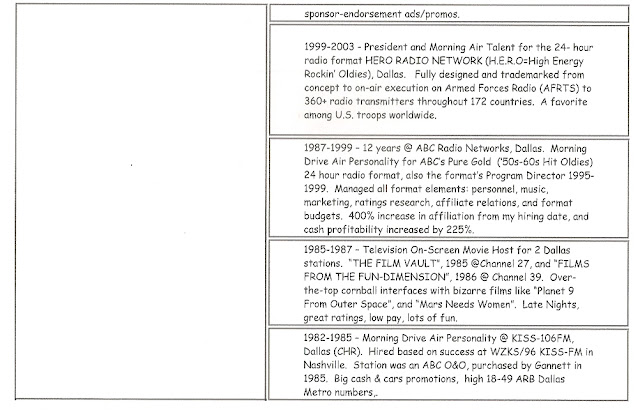 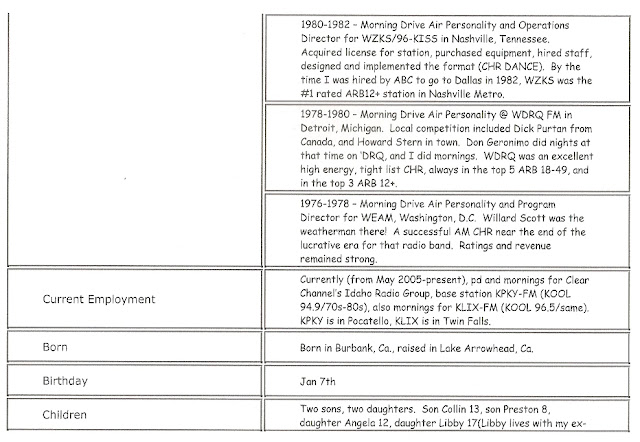