These are KFXM Tiger Mags I picked up in 1967.   They managed to get to the stores in their misprinted forms.   If I remember correctly, I picked these up at Woolworths. 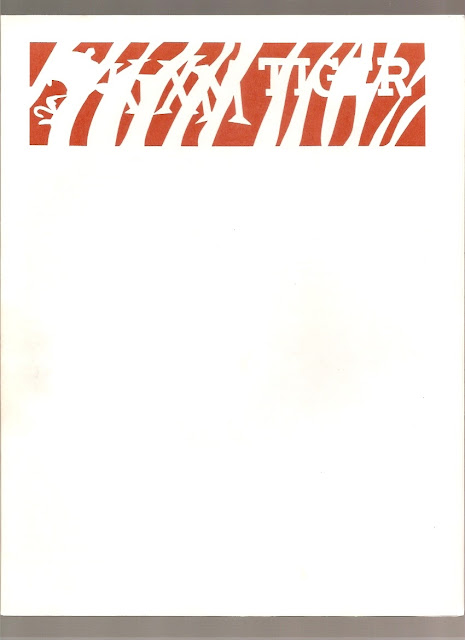 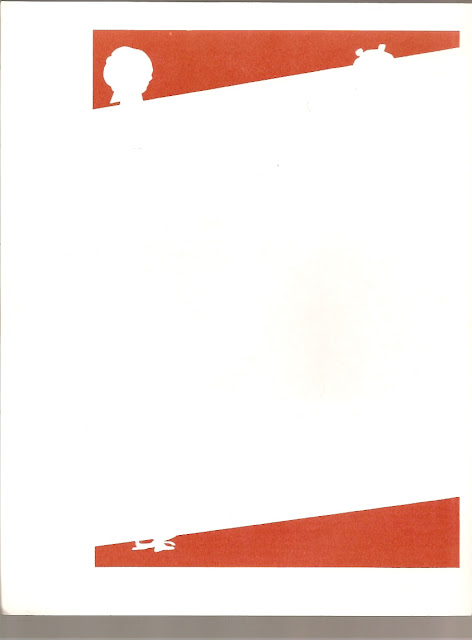 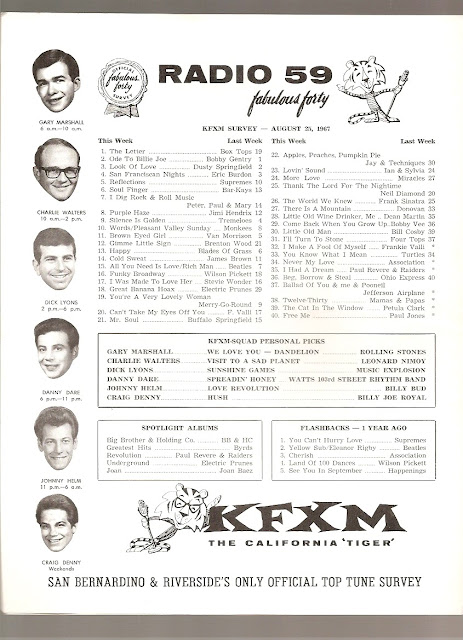 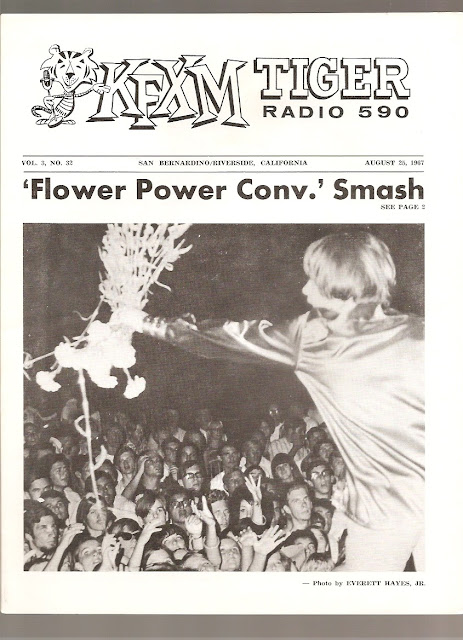 Jonny Bruce who was a dj at both KFXM and K/men, has been working at KDES in Palm Springs for the last 20 years...until recently.  He left a message for me that his services were no longer needed at KDES.  But he states that he "...got the PD gig at KZPO...", so he's doing okay.
On another note.  Probably about fifteen years ago, I called KDES and requested Rave On by Buddy Holly from Jonny, and he played it in about ten minutes.
This picture is from 1968, from the KFXM Tiger Mag. 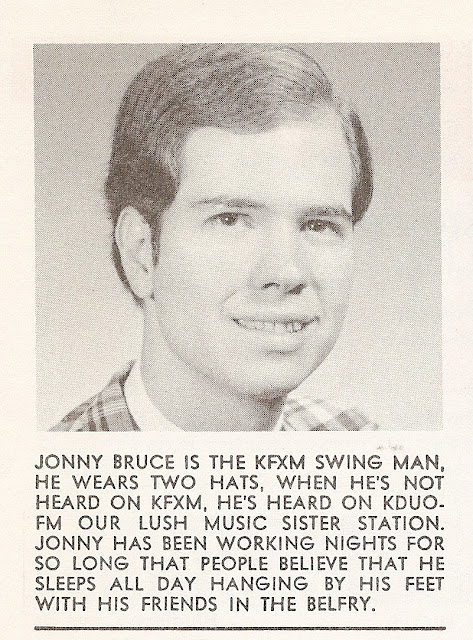 The last KVCR survey I have from 1977.  It is now being printed.  I probably picked this up at a record store.  Anyone else out there have any KVCR surveys that they would like to share? 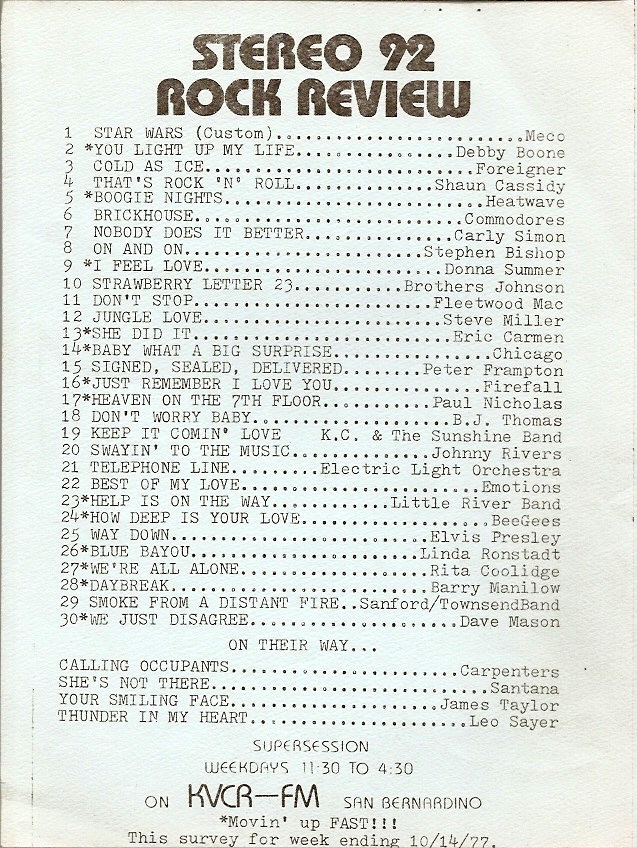 By request, another KVCR survey.  I only have three, so here is the second one, from sometime in 1973. 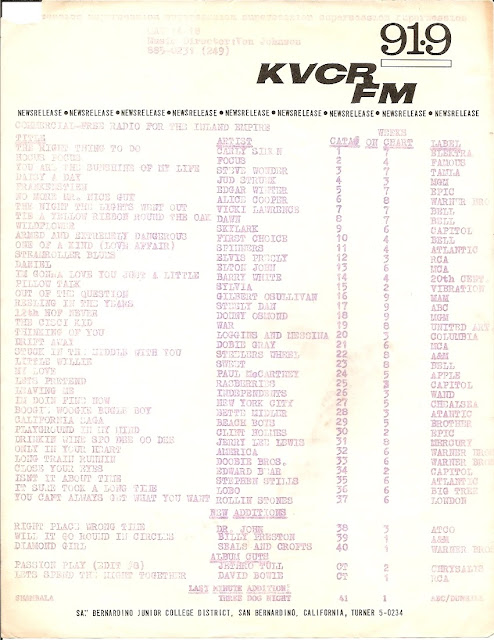 Something a little bit different.   I was going to Valley College in 1971, so I picked up a copy of their 1971 Soundathon top 100.   Not sure how they determined the order, but slightly remember something about voting for you favorite song.  This was when KVCR was a student station.  Too bad it wasn't a top 200 or 300.    Mimeograph was the standard then.
Oldest song appears to be Theme From A Summer Place from 1960. 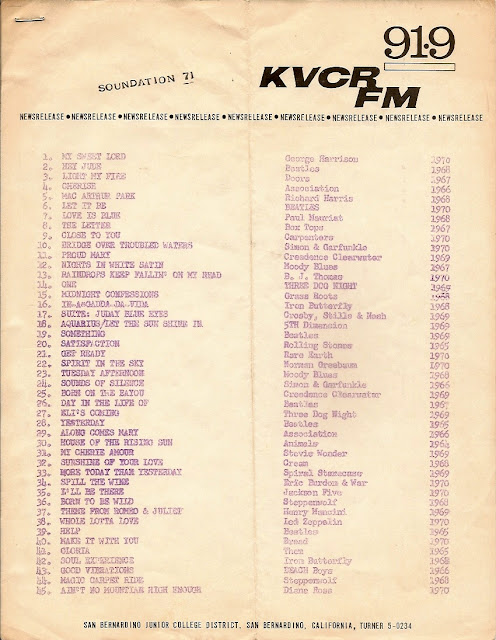 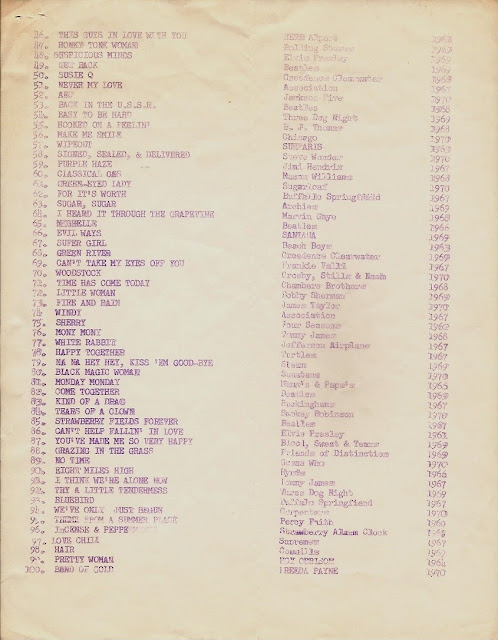 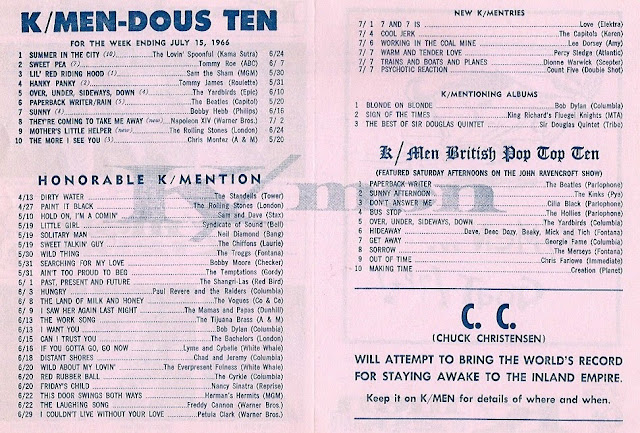 I remember being over at my cousins house in Rialto listening to Chuck Christensen attempting, and succeeding, to stay awake and break the world's record and doing so. 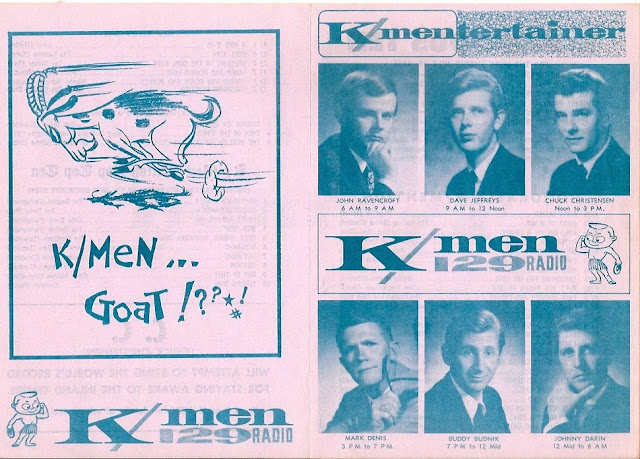 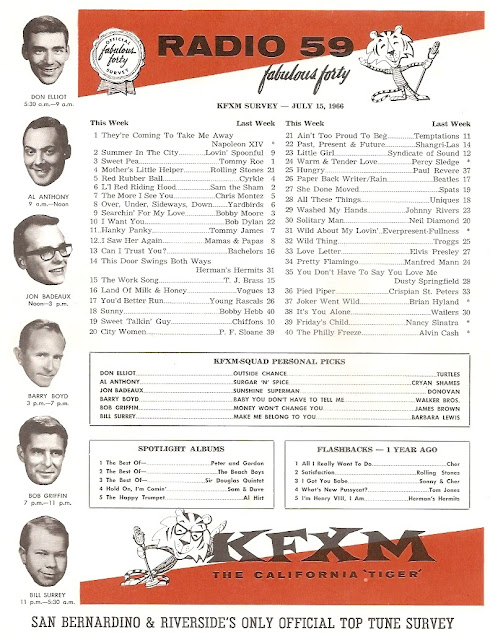 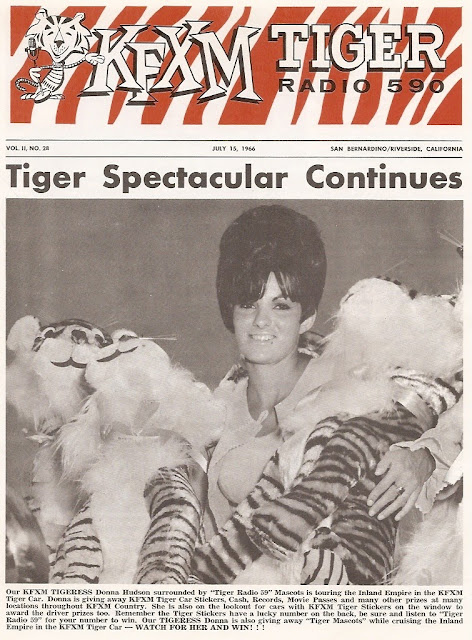 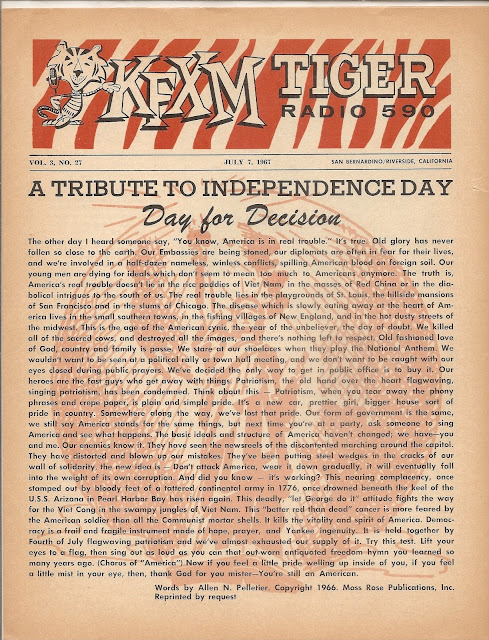 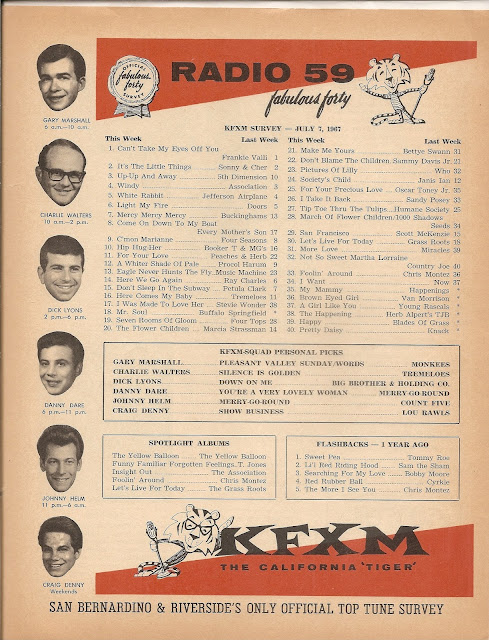 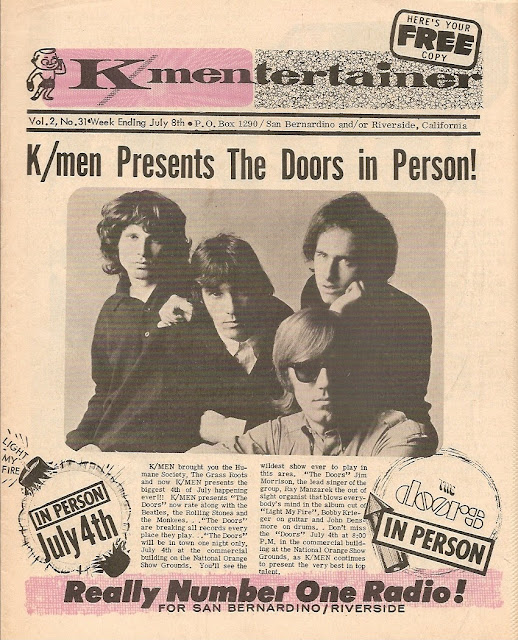 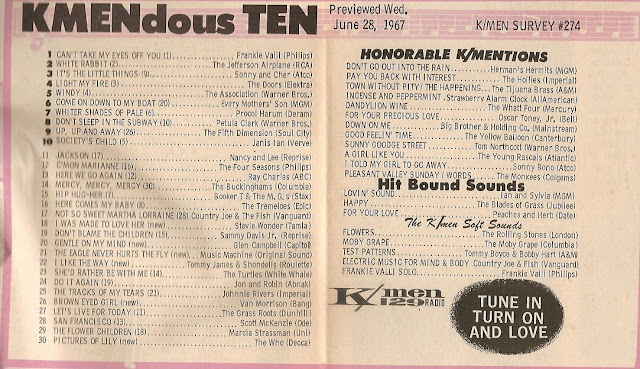 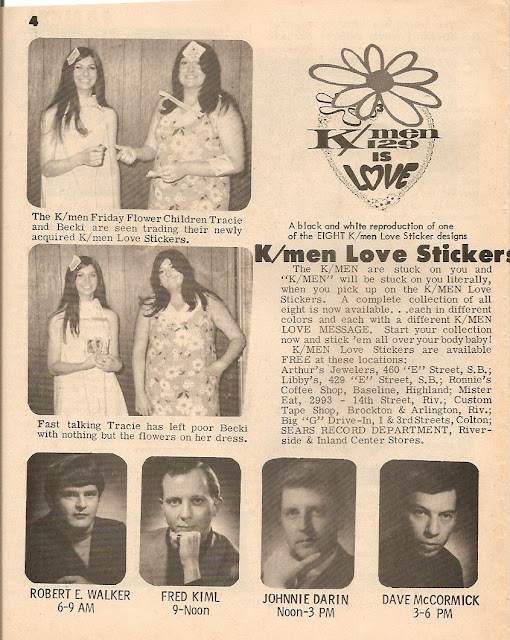 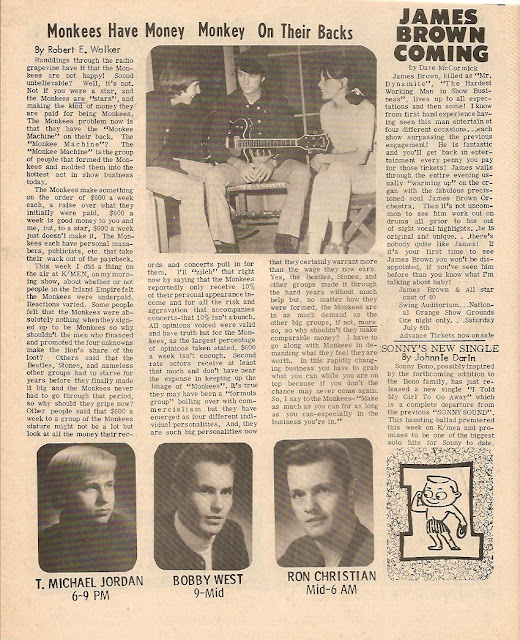