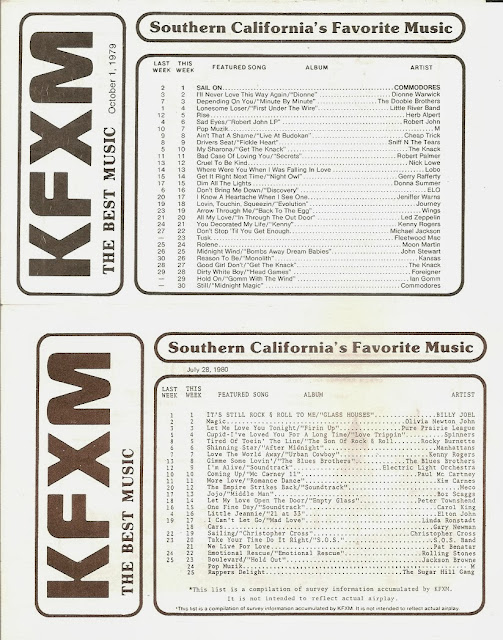 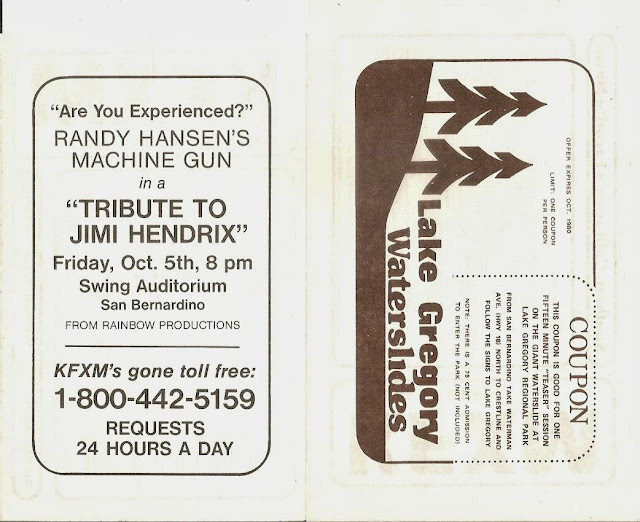 This week, actually this month on KFXM.  The last issue was dated September 8, 1980.  Only 21 songs listed on this survey. 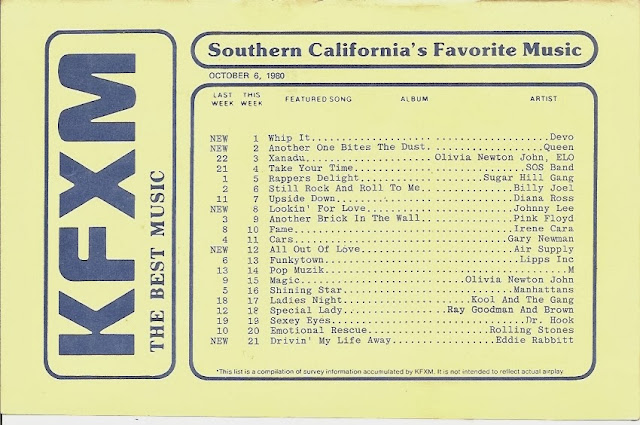 KFXM wasn't putting out surveys every week in 1980.  Just when they felt like it.  The last week's numbers refer to the prior issue which was Sept 8, 1980. 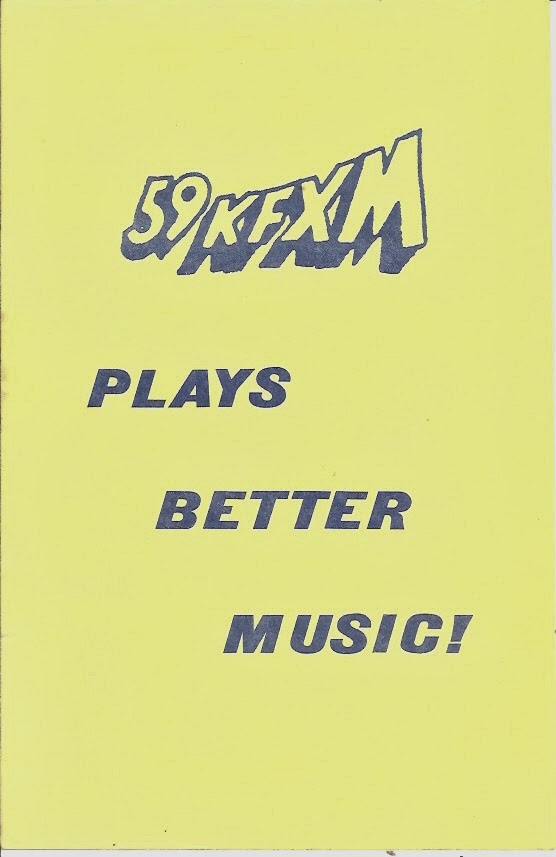 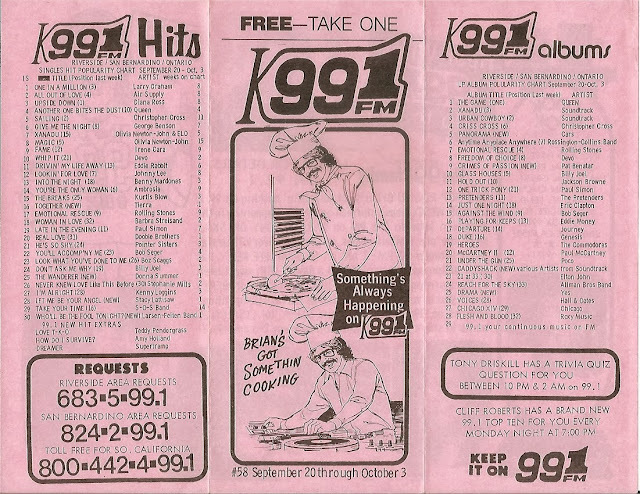 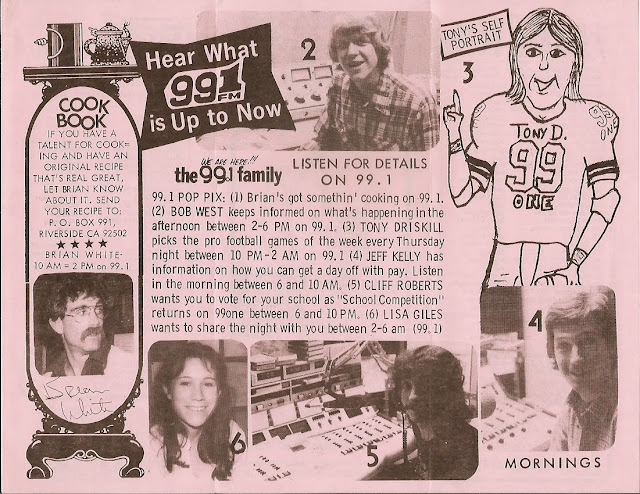 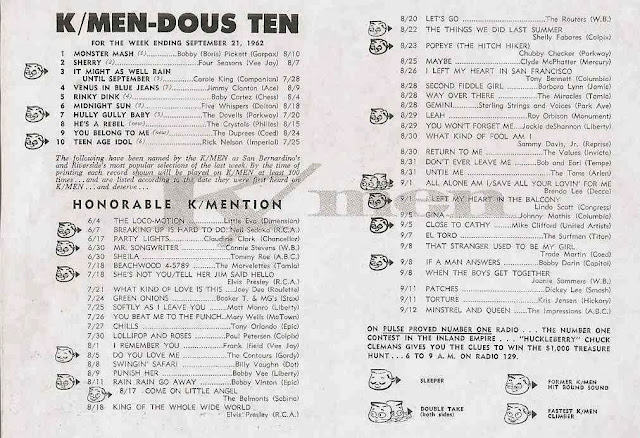 For comparison with the KVCR survey for this week.  No K/MEN survey this week. 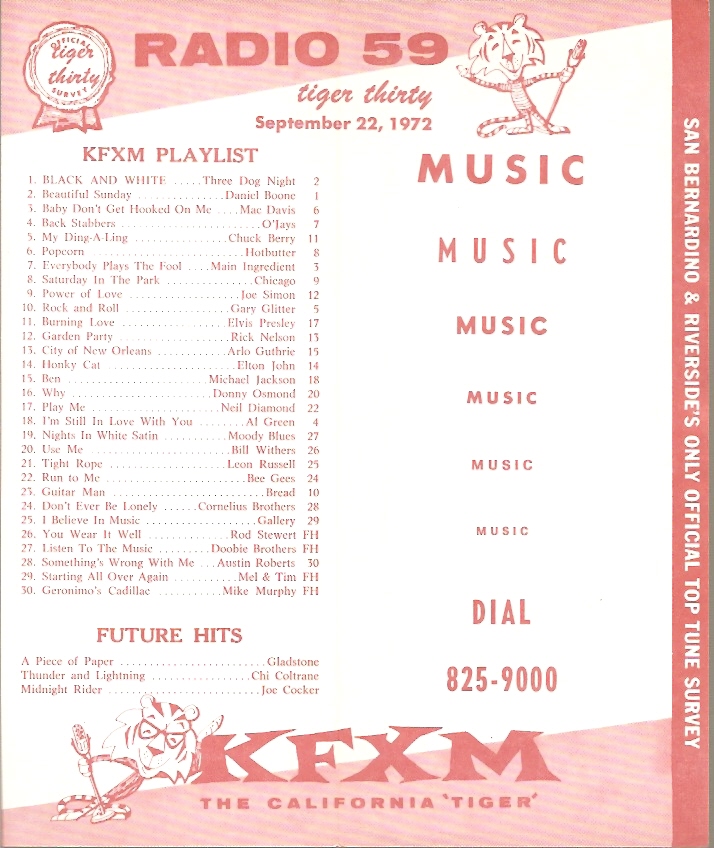 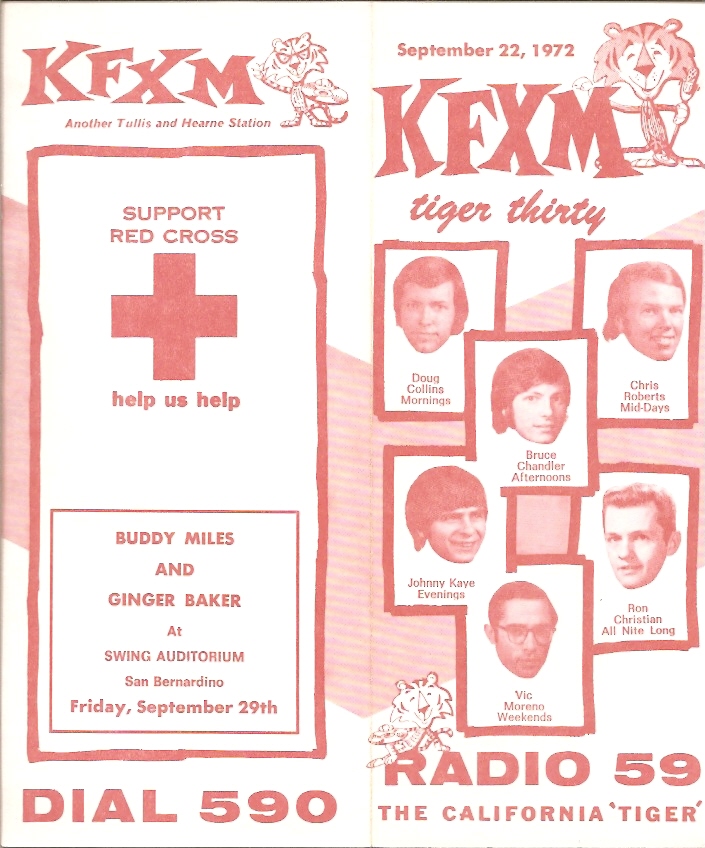 Thanks to Kenneth Goodwin for this latest KVCR Survey, along with his comments.   41 years ago Week ending September 20, 1972. 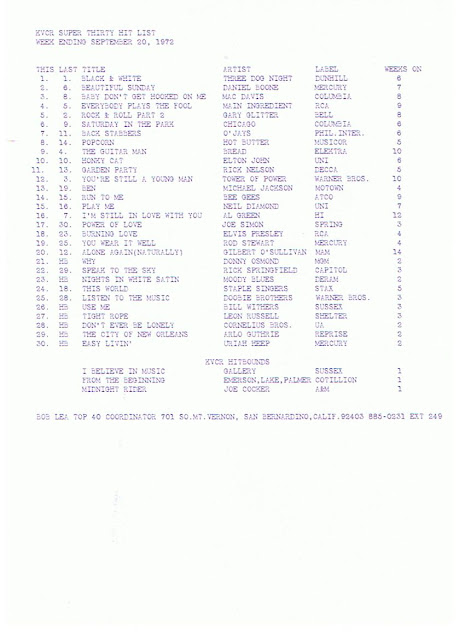 Hi Doug,
Here is another reproduction of a mimeographed survey, typos and all, from my archives, this time from 1972 when I first started studying Telecommunications at SBVC.
Notice there is no letterhead here. To the best of my recollection surveys like this were printed in quantities of perhaps 20-25 for distribution to the Air Staff and Management, and a few would be left in the Station Lobby. Perhaps a record promoter might take one back to LA if he was pleased with his label’s performance. KVCR did not distribute their surveys to the general public unless there was a remote broadcast until the Spring of ’74 when they went to 25,000 watts, and then only a few went to local record stores, etc. Other than an annual presence at the National Orange Show there were few remote broadcasts, perhaps 2-3 a year. So unless someone else saved another copy this survey is the only one in existence.
Bud
Posted by KFXM Tiger Radio and K/MEN 129 in Doug's Stuff Room at 9:26 AM 7 comments:

A few people have asked about Doug Collins from KFXM and KMEN, so I contacted him and he responded with these emails and pictures.   Thank you, Doug!


Always great to be remembered... My 6 1/2 years at KFXM were some of the best of my life... Retired now, and bored... I hear from Bruce Chandler and Ted Brown every once in a while... Received an update from Jim Zippo, who followed me at KFXM and later had the same shift (morning drive) as I had at KMEN.


Here's a photo update ... This was taken Thanksgiving afternoon of last year... I was aboard the Sapphire Princess on the last two days of my annual, (20+ years) cruise to Mexico around the holidays.


Feel free to give out my e-mail address to anyone who asks, unless they sell HerbaLife - Amway - or any MLM product or service.


Hope all is well... Please send me the link to your site... I've switched computers and lost a lot of contacts. 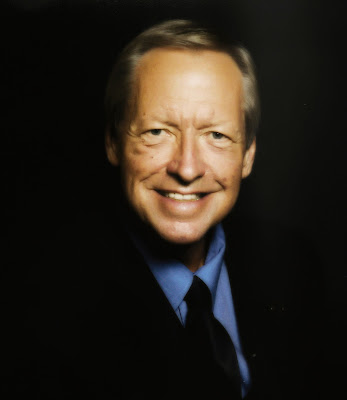 
I had a thought about some KFXM/KMEN trivia that came to my attention recently... Nobody probably gives a rats ass, but I thought you might find it interesting.


Jim Zippo got the morning drive shift at KFXM when I went to be PD/AM Drive at KMEN... Later, after several "warm bodies" served time working mornings for Ron Thompson @KMEN, Jim Zippo took over the chair. Jim and I were both considered for the contract to provide Disco Services for the lounge at the Holiday Inn in San Bernardino, the home of KFXM/KDUO-FM. I got the contract and provided those services for a year and a half.


Both our careers ran parallel for a time in the Inland Empire. But, to this date, I have never met Jim in person or talked to him on the phone. We recently exchanged some e-mails but that's been our only direct contact. 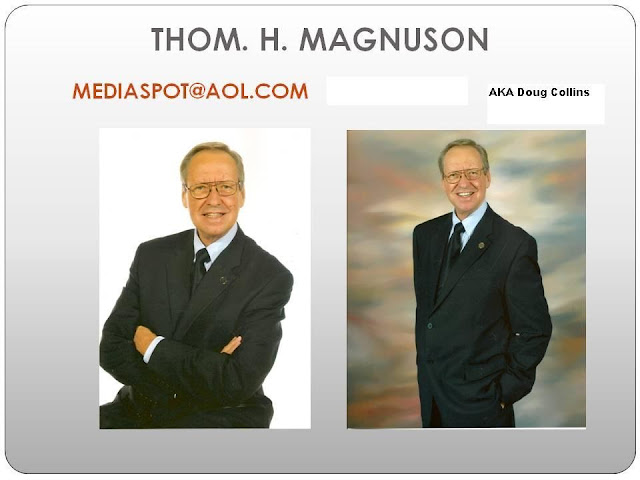 
How did I come up withThe Name?


I figured out pretty quickly, back at KVCR at SBVC, that "Magnuson" wasn't a good "Professional" name... When people see it in print they can't pronounce it, they can't spell it when they hear it. they can't remember it... As a name to use on the radio it... it... how can I put it tactfuly... IT SUCKS!


Together with a group of friends, over beer, we decided it should be a one syllable first name and a two syllable last name... It should be easy to say, spell and remember... Afer a few more "brewski's" we agreed on DOUG COLLINS... So, you see... It was another ALCOHOL RELATED ACCIDENT!