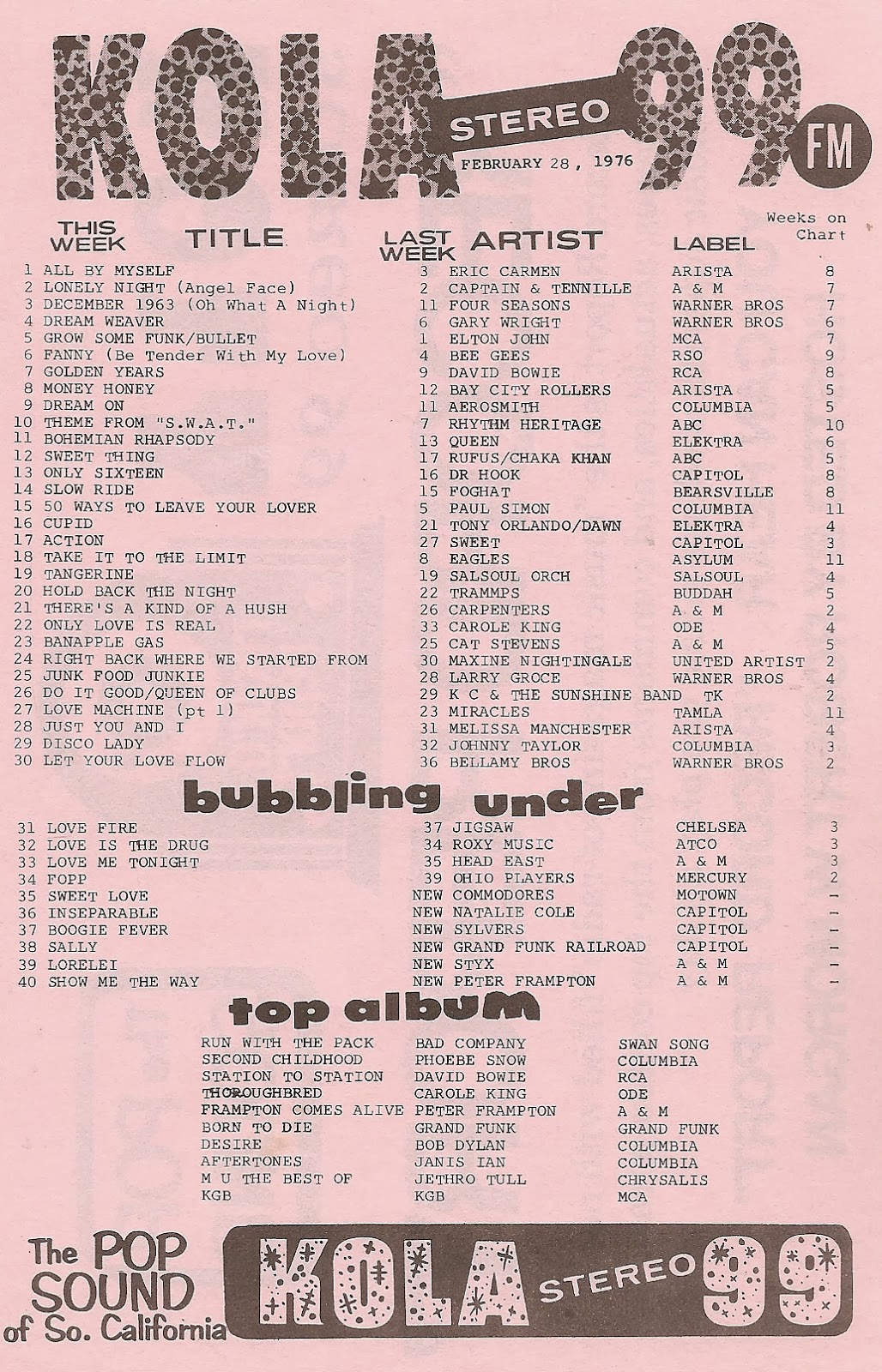 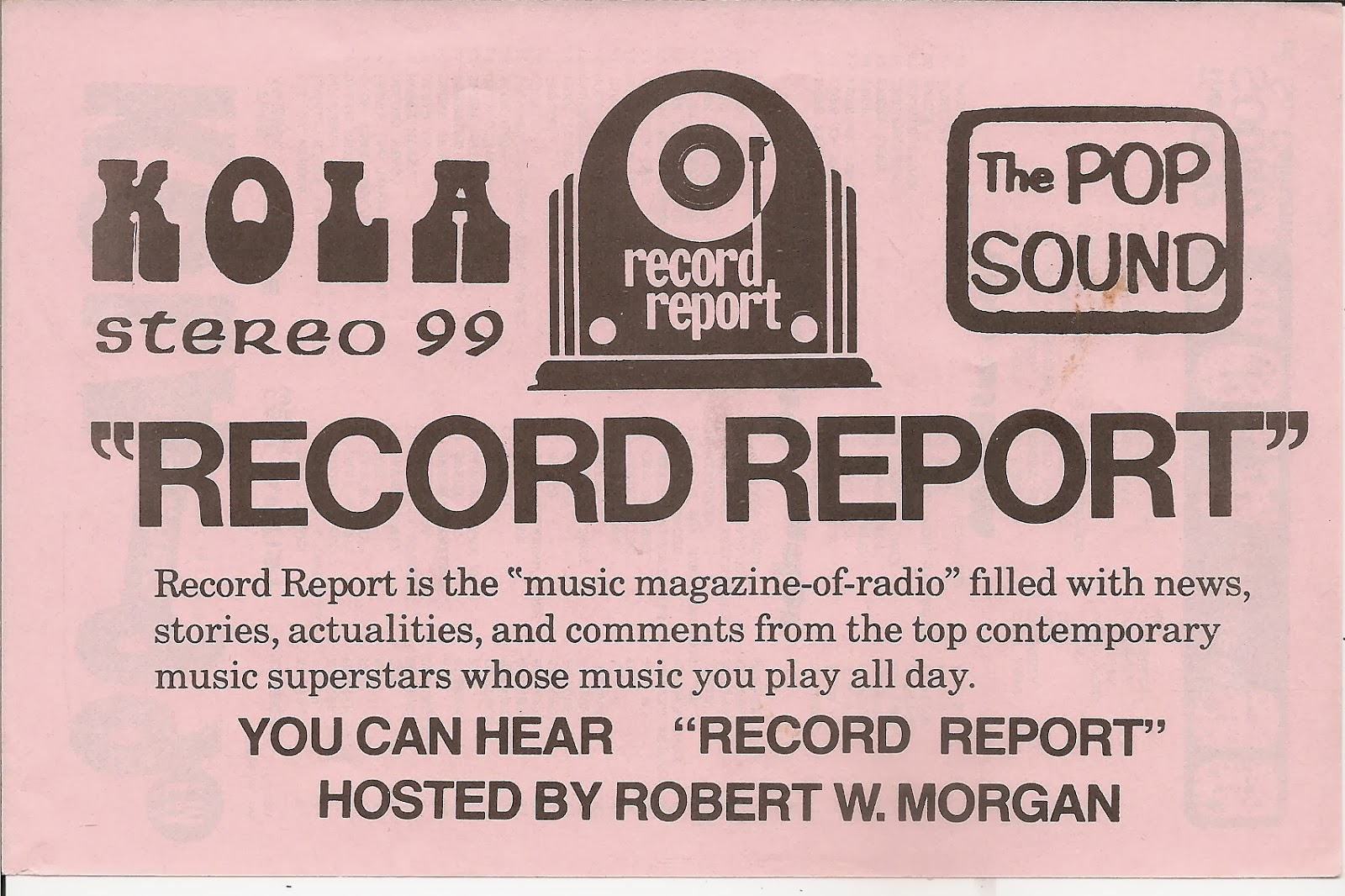 R.I.P. to the memory of the great Robert W. Morgan, such an amazing radio and television talent lost long before his time.

Are you still "morganizing" folks
where you are now, Bob?

These old surveys are great. We get to see hits that come out of nowhere and then last forever. While Peter Frampton's "Show me the way" has it's merits it was Queen's "Bohemian Rhapsody" that ended up the winner. "Wayne's World" re-launched the Queen hit in 1992 and that's the context I usually remember it in.

Stereo was still something worth mentioning in 1976. In the 80's there was some type of AM-stereo technology but I don't recall ever hearing it work since it needed a compatible receiver.

Exactly. Another failed experiment promoted by the F.C.C. which failed to coordinate with the consumer electronics industry and get them to buy in on the project.
A left-handed (with NO right hand)
government boondoggle if ever there was. Also, the F.C.C. engineers overlooked the actual problem with AM (medium wave) broadcasting: it's varying signal strength propagation and the inherent lack of static-free fidelity found only on F.M. it was a rush to judgment and the radio stations that went along for the experimental ride paid dearly for their investment in a concept doomed from the start.

Hey, they should have used tin cans for that AM stereo technology, might have worked better, ha-ha!!!