10 Sounds Of Silence-Simon & Garfunkel-Can't think of a good story about this record. Everyone knows about how the rock & roll instumentation was added to the original release to make it a hit, and how Paul and Art didn't have anything todo with it. When the hits are this big, everyone knows the stories. 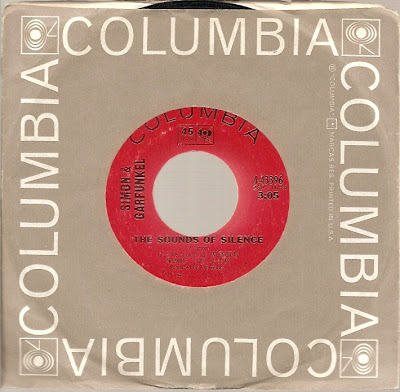 9 Joy To The World-Three Dog Night-Biggest hit for this group. Did you know Chuck Negron (one of the Three) did a solo medley of this with the Chistmas Carol "Joy To The World"? 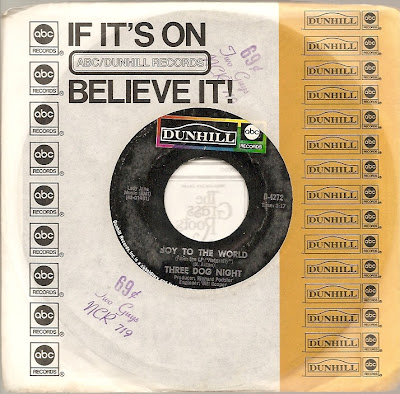 8 Monday Monday-Mamas & Papas-This was a bigger hit than California Dreaming. When they voted, people seem to remember this. My first copy of this record seem to have an electronic hum during the first ten seconds of the song. Anyone else have this problem? Was the vinyl causing this effect or did I have a rare version? Don't have that copy anymore, so no proof. 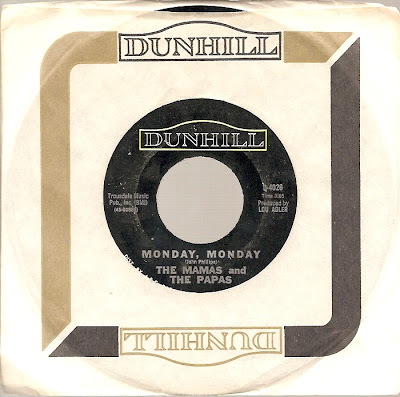 #7 Yesterday-Beatles-The song that has had the most versions recorded. It had the working title Scrambled Eggs. Paul sang that version with Jimmy Fallon on his show a few years ago. The only Beatle on this song is Paul McCartney. I've seen surveys listing the artist as Paul and not the Beatles. This was not a single in the 1960's in England, but part of a 4 song EP. 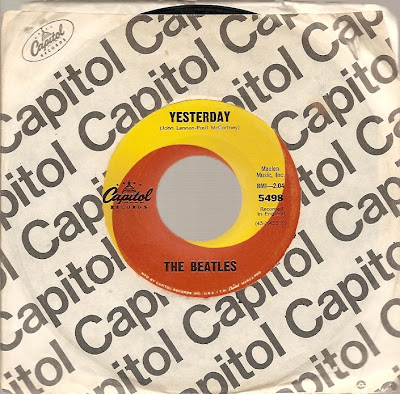 #6 (I Can't Get No) Satisfaction-Rolling Stones-This is the copy I bought at Sages for .88 at he same time I bought Gloria by Them around 1967. Yes, I put my initials on it. 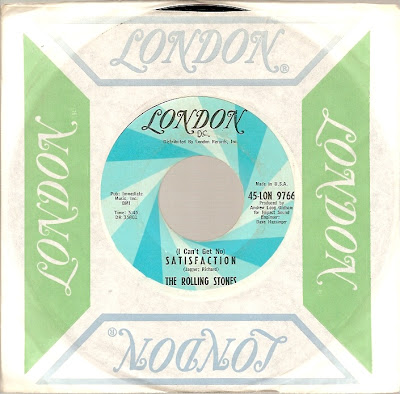 Before I get into the Top 4, here are the top 5 from each individual K/MEN Soundathon

Not making you wait.  The Top 5
and to conclude...

#5 The House Of The Rising Sun-Animals-As you probably notice, this is not the original vinyl single. It must be a bootleg. Couldn't find my picture sleeve. The flip side of this copy is Satifaction by the Rolling Stones. 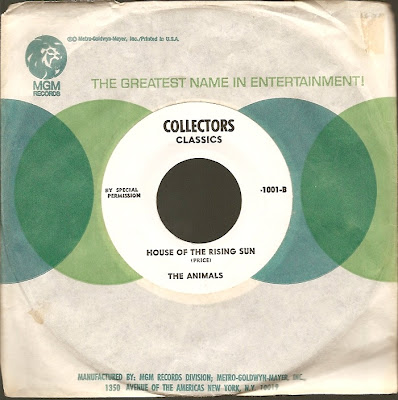 #4 Let It Be-Beatles-The title song from their 1970 soundtrack. In 1970 my family took a vacation to visit relatives in Kansas and Wisconsin. My Uncle in Kansas wanted to buy me an album. Let It Be was my choice. Thanks Uncle! 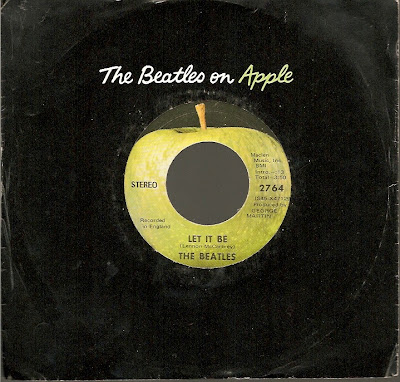 #3 Cherish-The Association-Their first huge hit.  I preferred Along Comes Mary and Looking Glass/No Fair At All by them, but this is the one that made them popular. 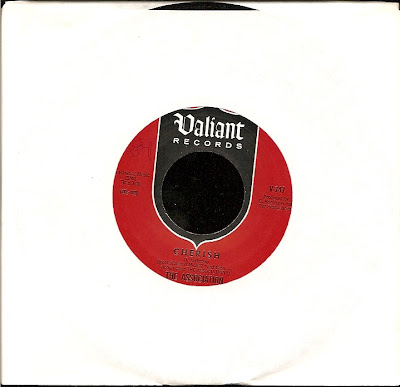 #2 Light My Fire-Doors-What can you say?  Big hit, and many times it is #1 on greatest hits of all times surveys. One of my wife's favorite songs.  The 45 is of course the short version. 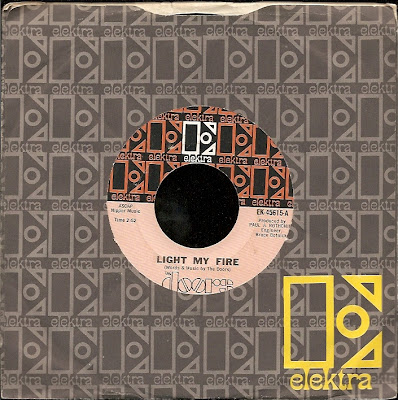 
#1 Hey Jude-The Beatles
-Not much else to say. It was #1 for 9 weeks nationally, 7 weeks on KFXM, 4 weeks on K/men, and the all time champ on K/MEN's Soundathons. On KRTH's Firecracker 300 it took turns with Light My Fire and Stairway To Heaven as the #1 song. 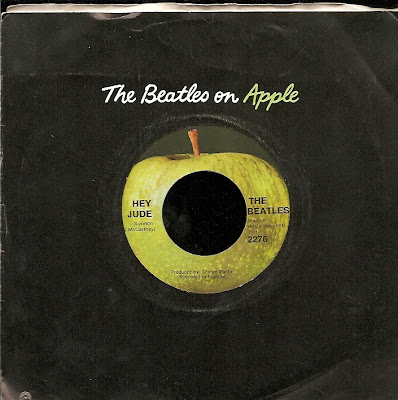 Oh my God it felt so good to get to the top #1. What a relief! I've just had an ache for weeks and now it's gone. I'll sleep well tonight.

I was the Music Director of KMEN in 1972 and I compiled the Soundathon list. There were people on our staff who wanted "Joy To The World" to top the list. But, we were 100% honest and went with the list that our listeners voted for in 1972 and Hey Jude was #1. Interesting to see it still on top after all those years

You mentioned hum on a Mammas & Pappas record. AC Hum was common on recordings in the 1960s. The standards for recording weren't very high when the end product was AM radio and vinyl records. Or maybe they just didn't hear it on loudspeakers of the day. I just bought an HD 92K early Tijuana Brass album from one of the Audiophile Record websites and every song had quite prominent AC hum. This is remarkable because A&M was one of the better recording studios (although this album may have been recorded elsewhere). So the vendor gave me my money back. But meanwhile, I was able to remove the hum from each track quite easily with modern audio processing software (think photoshop for audio).