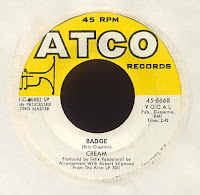 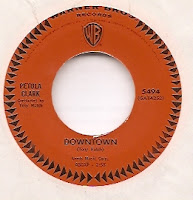 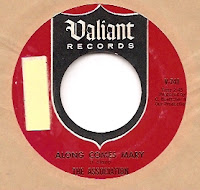 100. Badge-Cream-Eric Clapton with George Harrison as a guest star. Why wasn’t this a huge hit nationally?! Maybe people just didn’t know the title. But that didn’t seem to hurt Unchained Melody.

99. Susie-Q-Creedence Clearwater Revival-This song would be played at every dance I went to in high school. One time the band said the drum pedal wasn’t working, but they were going to play it anyway.

98. Hooked On A Feeling-B.J. Thomas-I don’t remember this being such a big hit. I preferred some of B.J. Thomas other hits.

97. White Rabbit-Jefferson Airplane-When people talk about psychedelic music, this is at the top of the list. I remember on an oldies station about ten years ago the dj played the group's other hit, Somebody To Love, and afterwards stated how much he like that song, unlike their other one, a drug song.

96. Midnight Confessions-Grassroots-A song that sounds like it was made for them, although the group “Ever-Green Blues"” had it out first.

95. In The Summertime-Mungo Jerry-They play this song like crazy, in the summertime, the wintertime, springtime and fall.

94. Tuesday Afternoon-Moody Blues-Saw them in concert many years ago. The thing I remember most was the guy five rows behind me yelling “seesaw” through out the concert. It must of worked, since they played Ride My Seesaw as an encore.

92. Downtown-Petula Clark-This is the song that made her famous in the United States in 1964, even though she had been releasing records since 1953.

90. Green River-Creedence Clearwater Revivial-Instead of buying this on a single, I bought this on an album. That seemed to be a pattern for me for Creedence. It seems almost all the songs on this album were played on KMEN and KFXM. Two double sided singles, and don’t forget “Cross Tie Walker” where he saw the gypsy woman, way down in San Berdoo.

89. Get Ready-Rare Earth-Amazing as it seems, I heard and liked this version, before I ever heard the Temptations version. The single was edited from a real long version on the LP.

88. Bluebird-Buffalo Springfield-Double sided #1 hit in San Bernardino flipped with Mr. Soul. The single was really short, but once in awhile KFXM would play the long version, which was even better.

87. I Heard It Through The Grapevine-Marvin Gaye-This has always been popular. I also like Gladys Knight and CCR’s versions.

86. Classical Gas-Mason Williams-Hey another instrumental! This record is easy to get tired of when you hear it a lot. In the 1990s it got played to death.

85. Along Comes Mary-Association-Their first hit, not their biggest hit, but my favorite by them.

84. Little Woman-Bobby Sherman-How did this song get in here? People voted for it enough times over the years to be #84 overall.

83. You’ve Lost That Lovin’ Feeling-Righteous Brothers-Another song that will be popular forever. Even Daryl Hall and John Oates had a hit with it in 1980.

82. I Think We’re Alone Now-Tommy James & The Shondells I saw Tommy James about 15 years ago in Anaheim when he and the Rascals did a concert. He is still making new records (CDs).