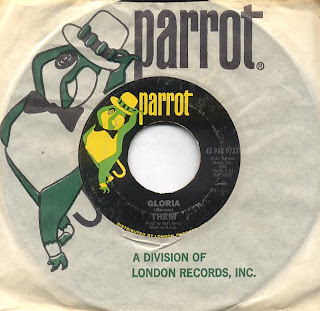 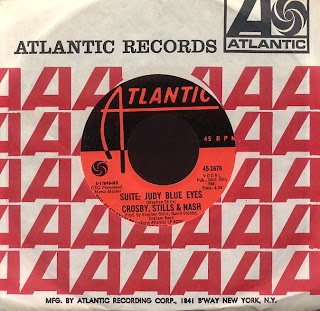 On with the countdown!

49. I’ll Be There-Jackson 5-Michael Jackson has been having hits for a long time. But will he have any more hits? Maybe he should remake this one.

48. Born To Be Wild-Steppenwolf-First hit by this group. You still hear this song everywhere you go. Classic rock stations, oldies stations. OK they don’t play it on country or jazz stations. But somebody will redo it in that format.

47. Never My Love-Association-They played the flip side of this on the radio-Requiem For The Masses. That is probably why I bought the single. Obviously Never My Love was the bigger hit.

46. Mrs. Robinson-Simon & Garfunkel-I’m really tired of hearing this song. I know! If you listen to the oldies stations you’re going to hear the same songs over and over again, so it’s my own fault.

45. Make It With You-Bread-I’m surprised that this song had done so well on the Soundathon charts. This was on the Elektra label, same as the Doors.

44. Theme From Shaft-Isaac Hayes-Hey! Here’s a single I did not buy when it was new. What was wrong with me? It was a big hit. I think I bought Brand New Key by Melanie instead. In 1971 I guess I was more into buying albums, but I din’t buy the album either.

43. Gloria-Them-I wanted this record in 1967. Since it wasn’t on the charts I couldn’t find it for 59 or 69 cents. I went to Lyle’s Record City and it was either 1.49 or 1.79. I couldn’t afford that much. I was used to paying 39 or 49 cents at Woolsworth. I went to Sages record dept. They had oldies that were 88 cents. I bought this single and Satisfaction by the Rolling Stones. I spent a little more than normal, but I was happy.

42. Love Theme from Romeo & Juliet-Henry Mancini-This is a nice instrumental. Amazing the diversity of the hits during this time. I want to hear Gloria then this song without a break.

41. One-Three Dog Night-No it did not make #1 on the national charts. I was watching KMEN and KFXM for it to be number one, but that didn’t happen either.

40. Maggie May-Rod Stewart-Ever time this song plays (or any Rod Stewart song plays) when my wife is in the room my wife says give that man a throat lozenge.

39. You’ve Got a Friend-James Taylor-Written by Carole King. Nothing really exciting about this song.

38. Wipeout-Surfaris-The flip side Surfer Joe never made the Soundathons, although I think it was played just as much as Wipeout

37. Suite: Judy Blue Eyes-Crosby, Stills and Nash-There was the single version that was played on the radio at first. I guess it the Light My Fire complex, if its over 4 minutes then shorten it.

36. Town Without Pity-Gene Pitney-What happened to Gene Pitney? They stopped playing him on the radio years ago. Used to hear It Hurts To Be In Love, The Man Who Shot Liberty Valance, Only Love Can Break Your Heart all of the time. #36 shows he used to be popular.

35. Sherry-Four Seasons-Their first hit as the Four Seasons (#1). They had a minor hit as the Four Lovers, so the name change did them some good. I actually had heard Big Girls Don’t Cry before I heard Sherry and I thought for a while that Sherry was the sound-a-like hit rather than the other way around.

34. I Want To Hold Your Hand-Beatles-There are seven more Beatles songs higher than this one. Personally, I’d rather listen to this one than some of the ones higher up.

33. Surfer Girl-Beach Boys-This is the highest surf related song on this list by the Beach Boys. Higher on the survey than Surfin’ USA. Since I have your attention, I’m going to tell you about a summer school class I took in the 8th grade. It was a class called Creative Writing. We had to write an article/story and read it to the class. I don’t remember what I wrote, but there was a girl in the class that wrote a story about the differences between boys and girls (stop me if I told you this before). She based it on music and preferences of boys and girls. If you liked the Beach Boys you were most likely a boy. If you liked the Beatles, you were most likely a girl. The details I don’t remember, but it got the class laughing.

32. Come Together-Beatles-From Abbey Road. I want to know why there wasn’t an American picture sleeve for this record. Almost all other Beatle 45s had picture sleeves.

31. Windy-Association-I’ve heard there was a real Windy, but he was a guy, rather than the girl in this song.
Posted by KFXM Tiger Radio and K/MEN 129 in Doug's Stuff Room at 10:47 AM