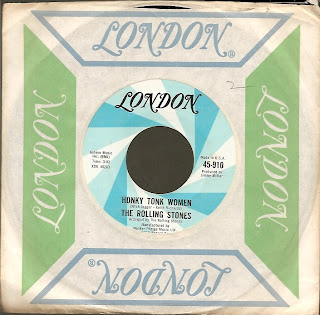 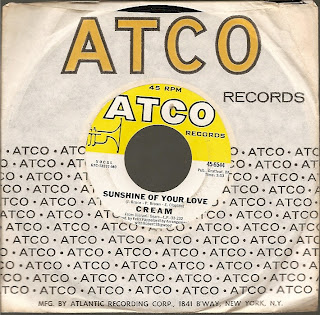 65. Honky Tonk Woman-Rolling Stones-In 1969 the nice thing about this single is that the flip side is You Can’t Always Get What You Want. It didn’t chart, but was played regularly on the radio. I went over to a friend’s house and put the flip side on her record player. It surprised her, because she did not realize she had the song.

63. Indian Reservation-The Raiders-The first version was a top 20 hit by Don Fardon . What I understand about the Raiders version is that Mark Lindsey recorded it as a solo. The powers to be decided it should be a Raiders song. It went to #1, so it appears to have been the right decision.

62. Can’t Take My Eyes Off You-Frankie Valli-It’s a good thing for Frankie Valli that he didn’t record for the same label as Mark Lindsey, or this might have been a Four Seasons hit.

61. Go Away Little Girl-Donny Osmond-Donny had the right people picking songs for him to cover. Most of his hit singles were cover versions of pop hits of the 1950s and early 1960s pop hits. He also had hits with Puppy Love, Too Young, Young Love. Is there a theme here?

60. MacArthur Park-Richard Harris-A Jimmy Webb song. So what’s the story behind ...leaving the cake out in the rain? This reached #2 nationally, and no one ever plays it anymore.

59. More Today Than Yesterday-Spiral Starecase-If this was the KFXM Soundathon I would have probably have started here. I would be finished already!

58. Imagine-John Lennon- I bought this album when it came out in 1971. No more Beatles albums, so I had to buy John Lennon solo LP.

57. Try A Little Tenderness-Three Dog Night-Nationally this only made it up to #29. The song was a big hit here. A top hit on every Soundathon since it came out. And remember, the original lists were based on votes.

56. It’s Too Late-Carole King-I like Carole King’s music. The album that this song from is great(Tapestry). Carole King, and especially this song, seem to set the pace for the pop/soft sound of the 1970s.

55.Gypsies, Tramps and Thieves-Cher-The beginning of her second career, with and without Sonny. Their TV series probably helped a lot.

54. Sunshine Of Your Love-Cream-First time I heard this song was on a trip with my parents to San Diego, and it was played on KCBQ. When I got home I called KFXM, and they said they were not playing that song, because it was too progressive (I didn’t know what that meant, and I'm still not sure). They told me the same thing later with On The Road Again by Canned Heat. Well they did eventually play it, and it was a hit on KFXM.

53. Beginnings-Chicago-I’ve heard that when Chicago was Chicago Transit Authority, they played at San Bernardino Valley College for free during lunch time (1968-1969). They probably played this song. Maybe Jimmy Webb was there and saw the concert. Anyone have any details?
52. Sugar Sugar-Archies (feel free to fill in any details you can think of)

51. Magic Carpet Ride-Steppenwolf-I heard an interview recently where John Kay said that people thought this song was about drugs. He said it was one of the few he wrote that wasn’t about drugs.
Posted by KFXM Tiger Radio and K/MEN 129 in Doug's Stuff Room at 3:51 PM

I might be able to shed a little light on the "Did C.T.A. ever play at S.B.V.C.?" question. I attended Valley College from June of 1967 to June of 1969 and have no recollection of them ever playing there for free or otherwise. They played several times at the Swing Auditorium during that time opening for other acts until they finally headlined. Check out their "Chicago At Carnegie Hall" LP. It has a complete list of their gigs up to the release of that album. There is no mention of any appearance at Valley College.

Just a comment to stir the old memories. I recall most concerts I saw were at the Swing but I do remember seeing a Canned Heat, (including Bob Hite, the Bear) evening show in the SBVC cafeteria , probably in 1968 or early 1969.

John from Fontana (back then)

I know they played there around 1969 because I saw them for free. Peter Cetera was playing a new guitar he had just bought that day

I , too, saw them at valley College for free. It was at night in a fairly small amphitheater on the campus. I'm pretty sure it was in the fall of 1969. Oh, the good old days. Fun times in San Bernardino.