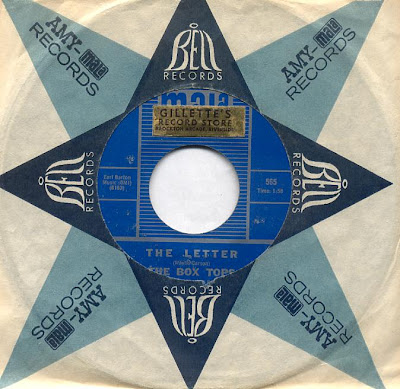 30. Louie Louie-Kingsmen-On KFXM the Kingsmen and Paul Revere & The Raiders version were both listed on their survey as the artist after the title of the song. It was also (on KFXM) the last #1 before the Beatles hit with I Want To Hold Your Hand. Nationally Bobby Vinton had that honor. 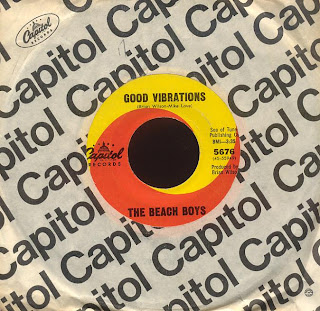 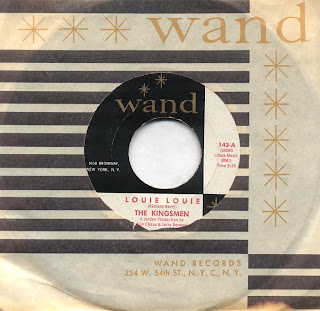 29. Michelle-Beatles An album cut, but probably more popular than a lot of singles at the time.

28. Suspicious Minds-Elvis Presley-This song was a lot different than Elvis’ previous singles. Maybe that is why it was so popular. The next single for him was Don’t Cry Daddy which was typical Elvis.

27. American Pie-Don McLean-The first time I heard this song I was pulling into a 7-11 store and it sounded interesting. I wanted to hear the rest of it. I figured it was about over since it was about two minutes into the song. So I waited and listened to the song sitting in the parking lot. Since they were playing the whole song, it was a long wait.

26. Something-The Beatles-Flip side of #32. George Harrison had the more popular side!

25. Sunny-Bobby Hebb-I started to listen to the radio on a regular basis in 1966. This 1966 song is the first song that I got tired of hearing too much of on the radio.

24. Happy Together-Turtles-I won contests on KFXM and KMEN. Usually I won movie passes. I finally won a couple of records. This was the first one I won on KMEN. It was a promo with the same song on both sides. Unlike most of my records, I don’t have it anymore. The first record I won on KFXM was Kind Of A Drag by the Buckinghams. I still have that one.

23. This Guy’s In Love With You-Herb Alpert-This was always promoted as Herb’s first hit as a singer. But didn’t he sing on the 1966-67 hit Mame? I think so.

22. Good Vibrations-Beach Boys-Their highest ranking on this soundathon, but actually not their biggest national hit, but it seems like it is.

As we listen closely, you will hear the soothing sounds of our easy listening friends.

20. Close To You-Carpenters-The first of many smash hits by the Carpenters. Someone once told me that he had a relative who lived in Downey, Ca. who used to call the police because for them disturbing the peace. I guess they played loder then.

19. Bridge Over Troubled Water-Simon & Garfunkel-The first of four hits from this album.

18. My Sweet Lord-George Harrison-When this album was released Johnny Helm on K/MEN played it all the way through one evening. That was something I had to listen to and record.

16. Proud Mary-Creedence Clearwater Revival-Their biggest hit (but they never had a national #1) You couldn’t get away from this song in 1969 (or today, either). Personally I liked the flip side better, Born On The Bayou (see #110 am I repeating myself?), which was played here a lot, but I don’t think it was listed on the weekly surveys.

15. California Dreaming-Mamas & Papas-Everyone thinks of this song when they think of the Mamas & Papas. Good song.

14. Theme From A Summer Place-Percy Faith-Amazing how long this record has hung on. Until a few years ago, you could hear this on a regular basis. PS there is still another instrumental coming up.

13. In-A-Gadda-Da-Vida-Iron Butterfly-There is the LP version which is a whole side of an album, plus the single version which has about a ten second drum solo. The version I liked best was the one KFXM played. It must have had a minute and a half drum solo. It gave more of a feel for what the record was really like. Anyone know if this was from a promo record or a creation of the radio station?

12. The Letter-Boxtops-The single was less than two minutes long. No there wasn’t a 15 minute album version.

11. Love Is Blue-Paul Mauriat-The Highest rated instrumental on this survey. It almost made the top ten.
Posted by KFXM Tiger Radio and K/MEN 129 in Doug's Stuff Room at 10:59 AM

Herb Alpert had a minor vocal hit in L.A. in 1962 "Tell it to the birds". Featured a trumpet solo in the middle bridge. Herb wrote it releasing it under his son's name "Dore". The whold project cost $200. Jonny Bruce